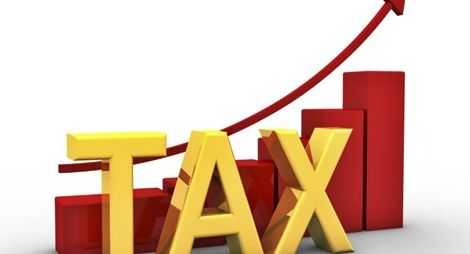 The Alliance for Development and Industrialization has described as baseless, unethical, and unprofessional; the call by the Institute for Economic Affairs, (IEA) for government to impose more taxes on profitable and resourceful businesses in the country.

According to a press statement issued in Accra by the ADI and signed by Francis Mensah, the Convener of the think tank group, the call by the IEA lacks merit and should be treated with the contempt it deserves, saying if the government should consider the IEA proposal, it would collapse more business in the country.

“In other jurisdictions, like the USA for instance, the big businesses don’t pay huge taxes because they always create opportunity for other businesses and also employ a large number of people,” the statement said.

“Why do we want to collect more taxes from the people and use it to pay salaries when there is huge inefficiency within the country? When the international tariffs are killing businesses, and you are there saying they should increase taxes, it does not add up,” it said.

According to the ADI, the government should rather consider creating more tax incentives for businesses for the growth of the economy.

“If we don’t provide the incentive, which investor would find it attractive to invest in our economy”? the statement quizzed.

The Institute of Economic Affairs (IEA) on Tuesday said the government should have imposed more taxes on profitable and resourceful businesses rather than sparing them in the mid-year budget review.

The Institute said the Minister would be more successful in raising revenue to fund the expenditure needs if the tax increases were directed at the booming and more resourceful businesses rather than the less resourceful and overtaxed consumers.

Dr. John K. Kwakye, the comments by the Director of Research at IEA, have been welcomed by wide condemnation from business chieftans,

“How can this be an incentive to our local manufacturing firms, and how can this make them more competitive on the Ghanaian market.”

“We are calling on the government to cut down on the 17.5 percent VAT rate it charges on agriculture manufacturing and make it a flat rate of 3 percent as it charges importers in the country,” it said.

“Our taxation and industrialization are on different paths, we need to synchronize the two as a country,” it said.

“Taxes for manufacturing should be a flat rate of 3 percent so that manufacturers could remain competitive with their peers. Ghana would lose if we don’t rationalize our tax regime to reflect the growing trend,” it said.

The government has reduced the special petroleum tax rate from 17.5 percent to 15.0 percent and further reduced to 13 percent, converted from ad valorem to specific tax.