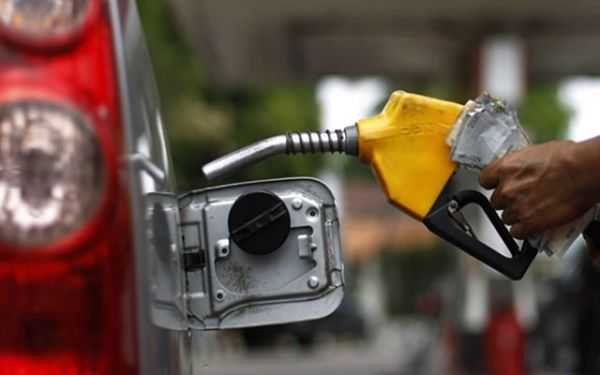 Fuel prices have consistently gone up for the past 32 months to see an accumulated increment of 50 percent over the period; meanwhile, the same cannot be said for consumers’ incomes, an analysis by the B&FT and the Institute for Energy Security (IES) has shown.

As Oil Marketing Companies (OMCs) increase their prices at the pumps as a result of increments in the Road Fund Levy (RFL), the Energy Debt Recovery Levy (EDRL) and the Price Stabilisation and Recovery Levy (PSRL) by Finance Minister Ken Ofori Atta, when he presented the 2019 mid-year budget review speech, consumers are getting to terms with the latest upward adjustments.

“The current increases come to compound 32 months of torrid moments Ghanaians have had to bear as they contended with persistent increases in fuel prices since January 2017,” Paa Kwasi Anamua Sakyi, the institute’s Executive Director, noted.

“And not even the revision and neutralising of the PSRL, aimed at reducing the impact of rising oil prices on the international market on consumers, and a downward review of the Special Petroleum Tax (SPT) could stop Gasoil and Gasoline prices from jumping by close to 50 percent to sell at GH¢5.385 per litre today,” he explained.

As government struggles to meet its revenue targets after persistent calls from civil society organisations to widen the tax net so as to include the majority of Ghanaians who are not paying taxes, it instead decided to rely on the low-hanging fruit to drain more income from consumers who are already paying more than enough.

The proposal by Mr Ofori-Atta, therefore, increased the Energy Sector Levies by GHp20 per litre for petrol and diesel, and GHp8 per kg for liquefied petroleum gas (LPG), to raise more revenue and enable government to issue additional bonds for paying down the energy sector debt obligations.

“Government could have handled its economic indicators better, especially the bit about forex. Fuel, as an international commodity, will require a stable local currency against the US dollar, the major importing/trading currency, to remain stable on the local market,” Mr Sakyi opined.

Also, the huge taxes laden on the Petroleum Price Build-up (PBU) could be reviewed downward in the interests of the consumer, he added.

“Aside from government’s failure to maintain the cedi’s strength, some of the mechanisms built into the system to avert such increases in fuel prices have equally failed,” he said, pointing to the Bulk Oil Storage and Transportation Company’s (BOST) failure in recent times to keep strategic fuel stock for Ghanaians, to manage the effects of price volatility in the international market on the local economy.

“The Tema Oil Refinery (TOR) is unable to produce at import parity, and barely maintains a respectable utilisation rate lately. Also, the Price Stabilisation has failed to live up to its intended purpose,” he added.

The value of Gasoline and the cedi at the beginning of 2019 was Gh¢5.06 per litre and Gh¢4.9 to the US dollar. At today’s values, Gasoline price has increased by 6.4 percent, whereas the value of the cedi has depreciated by 10 percent.

The first Pricing-window for the month of March 2019 saw the largest rise in the price of fuels, as both Gasoline and Gasoil moved from an average of GH¢4.94 per litre to cross the Gh¢5 line and sell at Gh¢5.17; representing a percentage increase of 4.8.

Mr. Sakyi warned Ghanaians to expect further increments of fuel prices in the last quarter of the year, given that the world oil market variables will continue to be unfavourable – just like the variables in the local economy. “Taxes and levies don’t look like coming down any time soon, and the cedi is fast-depreciating against major trading currency; inflation is on the rise, and there’s no buffer oil stock for the country.”