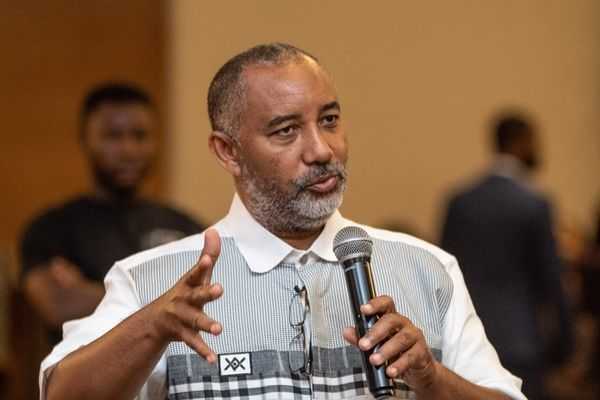 According to him, the crude oil given to EniGhana as payment for the advance they made on behalf of GNPC to cover its 5% development cost, has not been passed through the Petroleum Holding Fund (PHF) as mandated in the Petroleum Revenue Management Act (PRMA).

"Payments for Jubilee and Tweneboa, Enyenra and Ntomme (TEN ) oil fields were correctly passed through the PHF but this has not been done for SGN," he indicated in a statement adding.

He added that "If true, then this is a violation of the Law as stipulated by the PRMA."

Read the statement below:

GOVERNMENT VIOLATES THE LAW ON ACCOUNTING FOR OIL REVENUE

In each oil field, Government of Ghana (GoG) has two distinct 'equity Interests'; a Carried Interest and a Paid-in Participation Interest.

The Carried Interest is where GoG is “Carried” and as such pays no exploration/appraisal or development cost to bring the field to production; GoG only contributes to the field’s operating and production costs once the field is in production.

The Paid-in  Participation Interest is where GoG, having opted to increase its equity after the Contractor Group declares Commerciality, pays for only the development cost to bring the field to production.   Once the field is in production, GoG then contributes to the field’s operating and production costs.

For both Jubilee and TEN, we agreed to repay the Contractor Group who financed the development costs for Ghana National Petroleum Corporation's (GNPC) Participating Interest. The agreement was to use 40% of our revenue from the sale of the crude oil of our combined Carried and Participating Interests equity takes (this excludes the Royalties that are paid directly to government).

Strangely, the Agreement for the SGN oil field does NOT specify what percentage of our revenue from oil sales would be used to repay the amount owed to the SGN Partners (eniGhana & Vitol) who funded the development costs for GoG’s 5% Participating Interest on behalf of GNPC.

Based on data from GNPC, SGN Partners are being paid the amounts owed using 100% of all the revenue from the sale of Ghana’s share of Oil (excluding Gas) from the SGN field production; (note: for Jubilee and TEN we used 40% of our revenue).

Furthermore, the revenue from the sale is not being paid into the PHF as per the PRMA before being disbursed to GNPC to repay the debt incurred by the SGN Partners for the development cost of the field.

So, why is GoG is not following the PRMA rules with regards to the revenue from selling Ghana’s share of the oil to repay the monies advanced for the development cost of the SGN field?

The PRMA rules are simple:

1. Sell Ghana’s share of the oil from the field  (to eniGhana);

2. Pass the Funds through the Petroleum Holding Fund (note: this is also not being done for Natural Gas Sales i.e. GNPC is once again violating the PRMA);

3. Allocate GNPC funds to repay the Development and Production costs;

4. GNPC pays the Contractor (eniGhana in this case) for the costs incurred (which is 100% of the equity portion of the funds derived from sale of crude oil relating to only the participating Equity Interest (5%));

- Why are we giving up 100% of the revenue derived from the sale of all Ghana’s oil (excluding Oil related to Royalties) rather than 100% of only the Participating Interest “Equity”?

- Doesn’t the law require payment of all petroleum (oil and natural gas) sales into the PHF before any disbursement is made (and such disbursement should follow the PRMA Waterfall )?

- Is there no violation with Natural Gas proceeds from Jubilee, TEN and SGN?

If any other company in Ghana under reported its revenue, GoG would have clamped down on it.

Let’s do the right thing, please!!