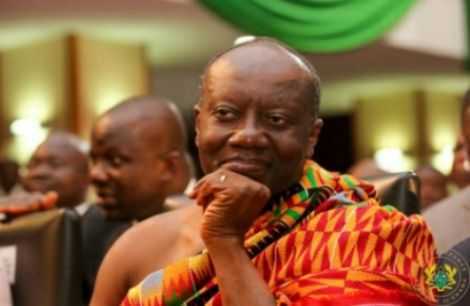 Such a development has not come about because Ghana is importing less, but largely because of increased exports as a result of positive transformation of the economy by government.

This has brought about a positive trade balance which is evidenced in a significant narrowing of the current account deficit as a per cent of GDP.

According to Vice President Dr Mahamudu Bawumia, who was addressing a government Town Hall meeting in Kumasi, yesterday, improvements in Ghana’s current account performance and increased capital inflows have helped to boost international reserves over the last 24 months.

The Vice President said economic growth which was on a declining trend had been restored. Growth for 2017 was 8.1%, 6.8% in 2018 and a projected 7.0% in 2019, significantly exceeding the average sub-Saharan African (SSA) growth and amongst some of the fastest growing economies in the world for the last three years.

He said the recent growth performance had been driven mainly by industry and agriculture sectors, the latter particularly reflecting the effect of policy interventions in the sector, most notably, the planting for food and jobs.

He gave assurance that no depositor of a bank, savings and loan or microfinance company would lose even a pesewa of their deposits.

“All depositors of these institutions will receive (a 100%) refund of their deposits since this was no fault of their own. Government has asked the receiver (working with the Bank of Ghana) to expedite the validation and payment of depositors so that all depositors will receive their monies after validation. I will also like to add that this refund will also extend to customers of DKM who have not as yet received the full refund of their deposits,” Dr Bawumia assured.