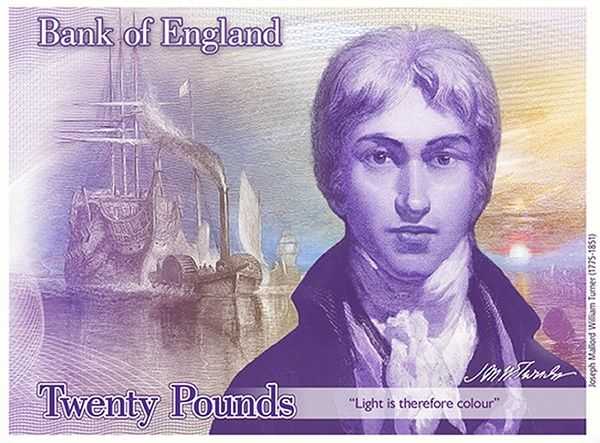 A new plastic £20 banknote, featuring the artist JMW Turner, is set to be released by the Bank of England on 20 February.
This new note will ultimately replace the current one which features the prominent economist Adam Smith.
Polymer banknotes are thought to last for twice as long as the paper versions, and are less likely to tear or be damaged by dirt or moisture, and the UK will join 30 other countries, including Australia, Singapore and New Zealand, in using plastic banknotes.