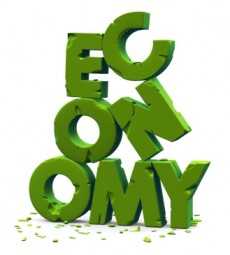 The economy is set to suffer its biggest fiscal deficit in eight years after the raging novel Coronavirus disease (COVID-19) exacerbated the perennial revenue shortfalls and gave potency to an already strong public spending.

At 11.4 per cent of gross domestic product (GDP), equivalent to GHS44.5 billion, this year's projected deficit target rivals only the 11.5 per cent (based on old GDP series) recorded in 2012, when large election year-related expenses widened the gap between revenues and expenditures to record levels.

But unlike 2012 when a 9.3 per cent growth rate helped to mask the impact of the deficit in the short term, the economy is projected to grow at 0.9 per cent this year, the lowest in more than 37 years.

This year's deficit was originally programmed to end the year at 4.9 per cent of GDP.

Although a necessary evil in the midst of a glaring recession, analysts agree that the large deficit puts the country on a path back to another bout of macroeconomic instability.

The concern come on the back of a four-year programme with the International Monetary Fund (IMF) that helped to restore stability by easing the debt levels, bolstering growth from around three per cent to more than six per cent, strengthening the exchange rate and returning inflation to a single digit band.

Two economists, Dr Said Boakye and Prof. Eric Osei Asibey, told the Graphic Business that while the large spending was necessary in the short term, the country would have to find an innovative and less painful way to get out it after the Covid-19 had been brought under control.

They, however disagree on how the country could exit the instability phase that will be ocassioned by the current large deficits.

Dr Boakye, who researches for fiscal policy think tank, the Institute for Fiscal Policy (IFS), said the large deficits were a recipient for increased debt accumulation.

"Next year, we will have to record another high deficit and you will also have to borrow to finance it."

"If you borrow domestically, interest rates, growth and inflation will be affected."

"If you also borrow externally, the exchange rate will suffer."

"So, we are in a corner, going forward," he states.

Dr Boakye, who had earlier expressed concern about the fiscal position of the country prior to COVID-19, said at this rate, he foresaw the government returning to the IMF "very soon" to seek help.

"If not next year, then next two years and it does not matter which party is in power," he said, referring to the straight contest between the governing New Patriotic Party (NPP) and the opposition National Democratic Congress (NDC) in the December 7 general elections.

"We will need IMF to stabilise because you cannot borrow your way through permanently," he added.

He explained that although the country had succeeded in borrowing to "cover its tracks" in recent times, it would soon be unable to do same when the instability, arising from large deficits, set in.

He added that he expected a return to the IMF to be blamed on the virus and its impact on the economy although COVID-19 was not the only cause.

He said the fiscal position of the economy had deteriorated prior to the onset of the virus, with revenues lagging, spending on the rise and debt levels picking up strongly.

On his part, an Associate Professor of Economics at the University of Ghana, Prof. Eric Osei Asibey, said the large deficit was "not out of place."

He said as an emergency situation that represented a shock to the economy, the government needed to spend more to help revive the economy.

"It is necessary to borrow to get the economy out of danger and out of a recession.

"Once we are out of the danger, then we can find ways to engage in front-loaded fiscal consolidation," Prof Asibey, who is also the Dean of the International Programme at the University of Ghana, said.

Unlike Dr Boakye, he said he did not foresee the country returning the IMF for help.

With the reserves equivalent to about 4.8 months of import cover, he said there was no need thinking of a return to the fund to restore macrostability Post-Covid-19.