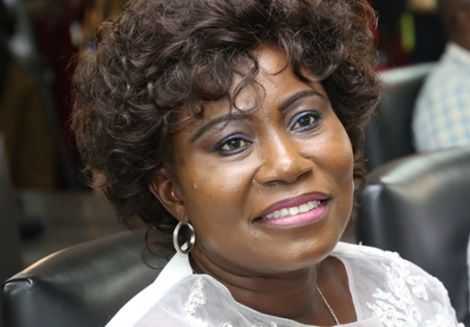 Madam Elizabeth Naa Aforley Quaye, the Minister for Fisheries and Aquaculture Development, has reiterated President Akufo-Addo’s commitment to the livelihood and progress of fisher-folk.

She said the dedication was evident in the distribution of hundreds of outboard motors, the elimination of premix fuel challenges and the construction of landing sites.

The Minister made the remarks at a durbar of Chiefs of Anlo state at Anloga held in honour of the President during a day’s working visit to the area.

“President Akufo Addo loves everybody. He has a soft side for fisher- folk. The Premix fuel issues are now a thing of the past. It is coming on time.

“Akufo Addo wants to marry you. Consider all the developmental projects across the country and vote for him to continue,” she said.

Dr Archibald Yao Letsa, the Volta Regional Minister, said the New Patriotic Party (NPP) government had dotted the region with “too many” projects, and expressed gratitude to the President on behalf of the people.

Togbui Sri III, the Overlord of the Anlo State, praised the President for creating the Anloga District and the positive response to the needs of people.

“We believe that all that is needed to build a vibrant district would be provided.

“We the people are solidly behind you for accelerated growth and assure you of our unflinching support in bringing development to our area,” he added.

He expressed the hope that roads and other needed infrastructure would be provided when granted another term.

President Akufo Addo said the construction of the Keta harbour would commence soon and would add to evidence that that NPP Government employed “exceptional equity” in the sharing of the national cake.

The President ended the visit with a sod-cutting ceremony for the Keta Water Expansion Project, a 93-million Euro initiative to provide potable water for over 400,000 people in districts along the coast of the region and the Volta River basin.