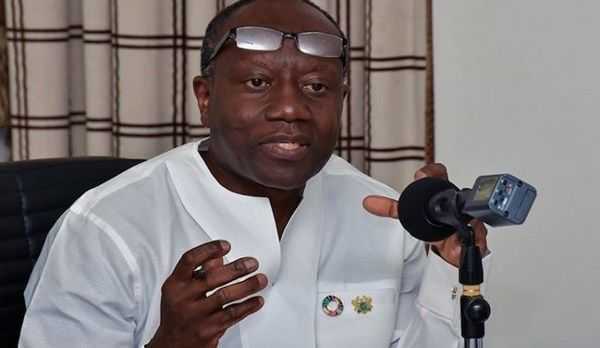 Government says it is ready to engage and broaden consultation on the Agyapa Royalties transaction to build unanimity around the transaction.

In this direction, the government would in the coming days, meet with various organised groups, such as the Faith-Based-Organisations, Chiefs and Opinion Leaders, Organised Labour and the Academia to deepen consultations.

A statement from the Public Relations Unit of the Finance Ministry said Mr Ken Ofori-Atta, the Minister for Finance, gave the assurance at a meeting with the leadership of the Alliance of Civil Society Organisations (CSOs) Working on Extractives, Anti-Corruption and Good Governance.

The engagement brought out a number of key issues, critical amongst them being the need to broaden the consultation.

The statement said the Finance Minister stressed that the transaction was done in line with the country’s laws and in the full glare of Parliament to ensure transparency.

“I want to assure you that the integrity of the Minerals Income Investment Fund and Agyapa Royalties and what the Government intends to have them do are all above board,” the statement quoted the Minister as saying.

The Finance Minister explained that everything in respect to Agyapa was in the interest of the country.

He explained the various sections of the Minerals Income Investment Fund (MIIF) Act that ensured transparency, accountability, profitability, and the management of the transaction.

He said Section 4 of the "Law states that 'the Fund or SPV shall not provide credit to the government, public enterprises, private sector entities or any other person or entity'".
“It is clearly against any attempt to abuse the funds. It can, therefore, not be a vehicle for cronyism."

Mr Ofori-Atta acknowledged the critical role of civil societies, saying, “The role and importance of civil society cannot be exaggerated. You are able to draw citizens and government to our blind spots through your research, policy analysis and advocacy”.

To this end, he assured them that, "The government welcomes genuine, informed debate, discussions and citizens’ participation in decision-making, especially, concerning the use and management of state resources.

" No democracy can survive in the absence of an active civil society and developments in civil society advocacy in Ghana over the past two decades have enhanced governance and nation building”.

He said the transaction was aimed at accelerating the country’s aspirations of transforming Ghana Beyond Aid.

He explained, “In order to fulfil this, we must change the status quo that has not served us well and take ownership of our resources, not only when they are within our borders but also when they leave.

"In this era of interconnectedness and interdependence, Ghana must position itself so that it is able to benefit from the entire resource value chain, including taxes, royalties and foreign capital markets”.

Speaking on behalf of the CSOs, Dr. Steve Manteaw, acknowledged that going through all the documents available to them, government was clearly working within the MIIF Law.

He, however, stressed that broader consultation, such as was done before the passage of the Petroleum Revenue Management Act (PRMA), would result in citizen participation in the decision-making and garner broad support on the use and management of flows from Agyapa Royalties.

Some of the concerns raised by the CSOs included the registration of the Agyapa in a “tax haven”, concerns on the payment of royalties and the fair value of US$ 1 billion as the transaction value.

The Finance Minister explained that the fair value of US$ 1 billion was primarily for accounting purposes and was arrived at in accordance with IFRS rules on valuing a financial asset.

He said it was a requirement for registration of the company and as consideration for the assignment of the specific royalties involved in the transaction from MIIF to Agyapa Royalties, which were captured as a Financial Asset on the books of Agyapa, in accordance with IFRS accounting rules.

The actual market value, which should be at a multiple to Net Asset Value (NAV), would be arrived at, after the roadshow and the listing.

Mr Charles Adu Boahen, Deputy Minister for Finance, in his presentation, provided the road map indicating when the process began, till the passage of the MIIF Act by Parliament in 2018.

He also explained how Agyapa would operate, how the values in the transaction were arrived at and gave examples of state-owned and private natural resource companies that had similar structure and arrangement as Agyapa.

The Ministry of Finance agreed to provide any further information or documentation that would support the CSOs in their analysis of the transaction.

The CSOs present at the meeting included, the African Centre for Energy Policy (ACEP), the Civil Society on Oil & Gas (CSOG), the Natural Resource Governance Institute (NRGI), Centre for Extractive and Development Africa (CEDA), The Integrated Social Development Centre (ISODEC), Institute for Democratic Governance (IDEG), IMANI Centre for Policy & Education (IMANI) and a representative from the University of Ghana (UG).