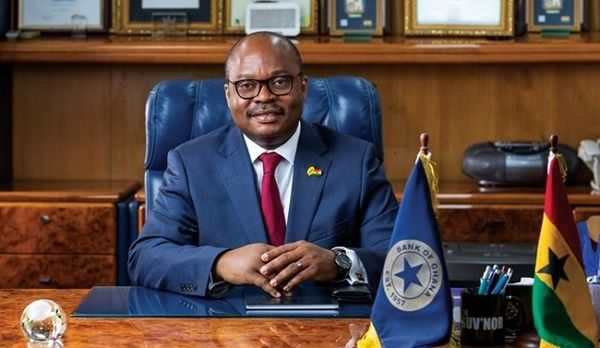 The Bank of Ghana (BoG) has projected the country’s economy to grow between two and two-and-a- half per cent this year.

This is a revision of the 0.9 per cent growth the BoG projected in the early part of the year at the height of the Corona virus pandemic, which has bitten hard on the global economy.

The Ghanaian economy contracted by 3.2 per cent in the second quarter this year against the 5.7 per cent recorded in the same period last year as a result of the novel Corona virus pandemic.

The Governor of the BoG, Dr Ernest Addison, who disclosed this at the 96th Monetary Policy Committee news conference in Accra on Monday, said the revised growth rate was based on the gradual rebound of the economy.

He explained that despite the contraction in the second quarter growth, data available to the BoG “showed some green shoots of rebound in economic activity. A sustained level in consumer and business confidence and broad-based growth in the indicators of the CIEA are all supportive of positive growth conditions in the outlook”.

He explained that the drivers of economic growth were returning to normal with prospects for a good recovery, indicating that the “underlying inflationary pressures are also easing”.

Dr Addison said the inflation expectations of businesses, consumers and the financial sector, derived from the bank’s latest round of surveys had moderated.

That, the Governor said,  was as a result of supportive monetary and fiscal policies, which had provided the necessary underpinnings for the economy to withstand the negative output shock from the pandemic.

“Things are turning out better.  The dip in economic growth is not as deep as we anticipated,” Dr Addison said.

The Governor observed that the rebound in the global economy would serve as a catalyst for Ghana`s growth.

“The global economy has begun to show signs of recovery. The recovery and improving sentiments on global financial markets should help ease pressure on emerging currencies.  The external environment, which has improved, should provide support to Ghana`s economic recovery,” Dr Addison said.