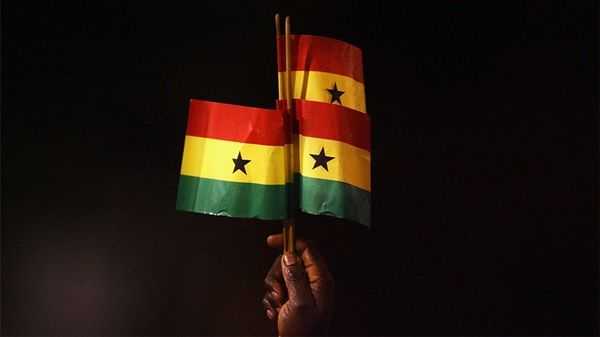 The government has triggered an action plan to ensure that the country is delisted from the European Union’s (EU’s) grey list of countries with anti-money laundering deficiencies by the first quarter of 2021, a Deputy Minister of Finance, Mr Kwaku Kwarteng, has said.

He said the execution of the action plan — working with the global money laundering and terrorist financing watchdog, the Financial Action Task Force (FATF) — was currently progressing steadily and expressed the confidence that Ghana would meet all the milestones by the end of the year to pave the way for its delisting from the grey list early next year.

“We have a joint action plan that we must follow and get off the list. The plan has been in operation for almost two years now and we have met all the milestones. We are confident that we will exit the list on schedule,” he said.

Mr Kwarteng said this at the CAL Bank Leadership Conversation, a thought leadership programme, which was held on the theme: “Greylisting of Ghana by the EU and anti-money laundering deficiencies: Implications and lessons for the financial services sector and the way forward”.

He said Ghana got onto the EU’s list because it was first listed by the FATF, saying that once “we are off the list of the FATF, we will get off the EU’s list automatically”.

He said in the recent engagement with one of the committees of the FATF, it issued a report which was favourable to Ghana, noting that by the close of the year, the country would complete all the action points of the plan, after which the FATF would come and do another review.

Although the deputy minister did not disclose what the action plan entailed, the Daily Graphic gathered that there are 13 actions points, out of which Ghana has so far met 11.

Key among the actions yet to complete is the compilation of the Beneficial Ownership Register, which the Registrar General is currently putting together.


Besides meeting the EU’s requirement, the register is in tandem with the country’s revised companies code, the Companies Act, 2019 (Act 992).

Explaining how Ghana got grey listed by the EU, Mr Kwarteng said the FATF, working through its regional bodies, undertook a peer review of the country recently and found strategic deficiencies in its anti-money laundering regime.

“They found gaps that must be addressed in order for Ghana to have the needed water-tight anti-money laundering regime. So they have put us under observation and are working with us to overcome the deficiencies,” he said.

The First Deputy Governor of the Bank of Ghana (BoG), Dr Maxwell Opoku Afari, also speaking at the event, said although the listing did not entail any sanctions, restrictions on trade relations or put impediments to development aid from the EU, it was still a source of great concern for Ghana, as it would have negative repercussions on the economy.

“Corresponding banks will demand a higher level of due diligence from Ghanaian respondent banks, de-risking as a result of the enhanced transaction and business relationship monitoring. One of the banks in Belgium has decided to close our account with it and disengage from other financial activities,” he revealed.

Dr Afari said with enhanced due diligence measures, the cost of doing business in the country might also increase for foreign counterparts and that might negatively affect trade and investment in Ghana from EU countries.

He said the BoG and other financial regulators had resolved to continue to strengthen the supervision of all licensed institutions to bring them up to speed with the requirements of the anti-money laundering compliance regime.

The Managing Director of CAL Bank, Mr Philip Owiredu, for his part, said the listing of the country would affect the ability of financial institutions to raise capital on the international market.

He said even if the institutions were able to raise the capital, it would come at a high cost due to the enhanced due diligence for transactions involving Ghana.

He said the financial sector had gone through some turbulent times in the last few years, and just when there was some settlement of nerves, the news of the EU listing the country on its grey list, with significant anti-money laundering deficiencies, hit the industry.

“This is further compounded by the challenges of the COVID-19 pandemic which have challenged every sector of the economy. The phenomena of money laundering, terrorist financing and other financial related crimes have become one of the key indicators of the strength of the financial sector of countries and their economic viability,” he said.

Mr Owiredu said there was discomfort among industry players, saying that uneasiness was compounded “if you are a listed company with a significant foreign portfolio of investors and we anticipate that this action will affect the ability and pricing of capital on the international market”.