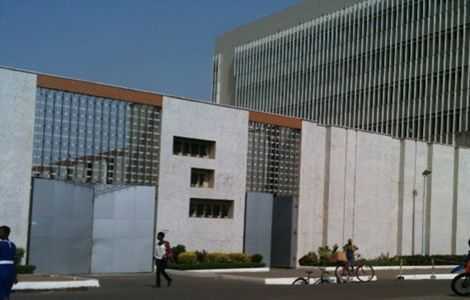 The Monetary Policy Committee of the Bank of Ghana kept the policy rate unchanged at 16 percent for the third session in a row, citing a slowdown in the pace of fiscal consolidation due to gaps in revenue mobilization.

Addressing a press conference in Accra on Friday, Dr. Ernest Addison, the Governor, said the Committee observed that the pace of fiscal consolidation had slowed down, mainly reflecting gaps in revenue mobilization while the pace of spending had increased.

This, he said, could pose risks to macroeconomic stability if not addressed.

“The Committee, therefore, expects that some corrective measures will be announced in the mid-year budget review.

“This should help address the financing gap challenges as well as manage the risks from the large unbudgeted energy sector-related payments that could adversely impact foreign exchange reserves and undermine the macro stability gains made so far.”

He, however, said while these risks remain, the Bank’s core mandate of price stability had been on track.

Inflation had remained within the target band in the last 15 months.

The Committee assessed that the pass-through from exchange rate depreciation was waning and the underlying inflationary pressures, as well as inflation expectations, were well-anchored.

Headline inflation has trended downwards since April 2019 after three consecutive price increases on the back of exchange rate pass-through effects.

From 9.5 percent in April, inflation declined to 9.4 percent in May, and further to 9.1 percent in June.