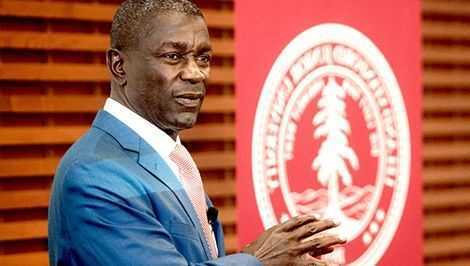 Government has discontinued the case against the founder of now-defunct UT Bank, Prince Kofi Amoateng at the Circuit Court in Accra.

According to the prosecution represented by ASP Emmanuel Nyamekye, the state intends to file a fresh case against Mr. Amoabeng at the High Court consequently their decision.

Prince Kofi Amoabeng was facing charges of stealing and money laundering following the alleged role he played in the collapse of UT bank.

This means the trial at the Circuit Court has been brought to an end.

In the meanwhiule, a similar case which involves Managing Director of defunct Beige Bank, Mike Nyinaku at the same Circuit Court has been adjourned to March 5, 2020.

The Bank of Ghana on August, 7, 2017 declared UT Bank and Capital Bank insolvent after it failed to meet the minimum capital requirement.

Already, former CEO and founder of Capital Bank, William Ato Essien is standing trial on 26 charges, including stealing of various sums in excess of GHS260 million.

Prince Kofi Amoabeng who is the President of UT Group of companies, recently said he still finds it very difficult in understanding why the government of Ghana closed down UT Bank despite interventions by some UT investors to bail them out.

Prince Kofi Amoabeng, former Chief Executive Officer of UT Bank made his maiden appearance before an Accra Circuit Court in January on the charges of stealing and money laundering.

The court presided over by Mr. Justice Emmanuel M. Essandoh admitted him to bail in the sum of GHC110 million with two sureties.

The sureties, according the court, should be public servants earning not less than GHC2,000.00.

It further ordered the former UT bank boss to deposit his travelling documents to the court registry and he is to report to the Police every Monday and Friday.