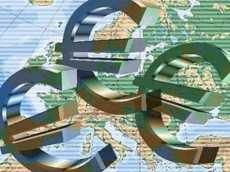 The US$3 billion Eurobond issued by the government of Ghana is said to have hit the account of the Bank of Ghana, according to reports by Citi Business News.

Experts say funds from the bond is a good cover for the country’s foreign reserves which was in excess of US$5 billion in November 2019.

In February 2020, Ghana made its eighth appearance on the Eurobond market and raised a total of US$3 billion in different bonds at various maturities.

The longest dated bond was forty-one years together with a seven-year and 14-year dated bonds.

The US$3 billion Eurobond hits Bank of Ghana’s accounts at a time the cedi is recording more than four percent gains against the US dollar.

The three-tranche bond was sold with 7-year, 14-year, and 41-year maturities.

The government accepted US$1.25 billion for the 7-year-bond at a coupon rate of 6.375 percent.

This compares favourably to an exact tenor bond government issued in 2019 with a coupon rate of 7.875 percent.

Also, the government was successful in securing US$1 billion with a maturity period of 14 years at a rate of 7.75 percent. This rate also trumps the 8.125 percent the government accepted for a 12-year bond issued as part of the 2019 Eurobond.