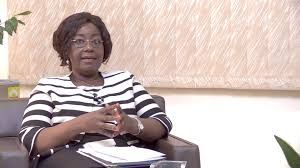 The Bank of Ghana and two other bodies are currently fine-tuning a new code of conduct to guide the conduct of bankers and banking sector employees in the country.
Among other things, the new code will make it possible for practitioners that deviate from the industry's ethics and standards to be blacklisted from practicing for a specified period.

The President of the Chartered Institute of Bankers (CIB) Ghana, Reverend Mrs Patricia Sappor, told the Daily Graphic and the Graphic Business's specialist programme on banking, the Banking and More, that the power to blacklist staff was part of a new sanctioning regime meant to police the profession and guard against waywardness.

Mode of operation
She said the institute was collaborating with the BoG and the Ghana Association of Bankers (GAB) to develop and launch the code and subsequently make the punishment regime in it operational and effective.

"It will be such that if someone does not abide by the code, the person's name is sent to the central bank, the CIB and the GAB so that the person does not find him or herself working anywhere in the banking industry.

"And if it comes to naming and shaming, we are not afraid to do that," the President of the CIB said when asked what the institute was doing to help raise the standards and instil professionalism in the banking profession.

Banking and More
Taking his turn on the programme that is prerecorded and broadcast on the YouTube channel and the Facebook page of the Daily Graphic every Monday morning, the President of the association described the recent collapse of nine banks and 411 financial institutions as unfortunate.

She said it was a sad spectacle that lent itself to a breakdown in corporate governance and non-commitment to the values of integrity, ethics, standards and professionalism.

As an institute that regulates the practice of banking and its professionals in the country, Mrs Sappor said the CIB and its membership were concerned about the development, hence the decision to introduce the code to help forestall a repeat.

"In collaboration with BoG and GAB, we are having a banking industry code of conduct such that anybody who works in the industry will be under that code."

"We are going to have one code for all; whether you are chartered banker or not, a banker or a non-banker.”

"Once you are working in the banking industry, you are obliged to comply with the code," she said, adding that other professionals such as non-bankers would also be required to continue to abide by their industry-specific principles and codes.

Integrity
Mrs Sappor said integrity and ethics were the cornerstones of banking practice and the new code would exemplify that by reemphasising compliance to those values.

"I believe that banking thrives on integrity and it thrives on ethics and, therefore, enforcing the banking code of conduct, going forward, will really help the industry.”

Mrs Sappor, who was the Head of Marketing and Communications at Ecobank Anglophone West Africa until her retirement in 2016, advised bankers and other employees in the sector to guard their integrity and the ethics of the profession jealously.

She said that was needed to help build and retain confidence between them and their customers for business to thrive smoothly.

Covid-19
Touching on the raging novel Coronavirus disease (COVID-19) and its impact on banking, the President of the CIB said she expected the pandemic to fast-track digitisation in the sector.

She said banks needed to be commended as they had already developed and deployed various digital products prior to the onset of the pandemic this year.

This, she said, ensured that their customers were "accustomed" to digital products and servicing, thereby making the increased reliance on electronic banking on the back of the pandemic easier.

From the CIB perspective, she said the institute had also moved its activities online to help avoid the scourge from the disease.

She said lectures and course materials were now available online, making it possible for no programme of the CIB to be interrupted by the virus.