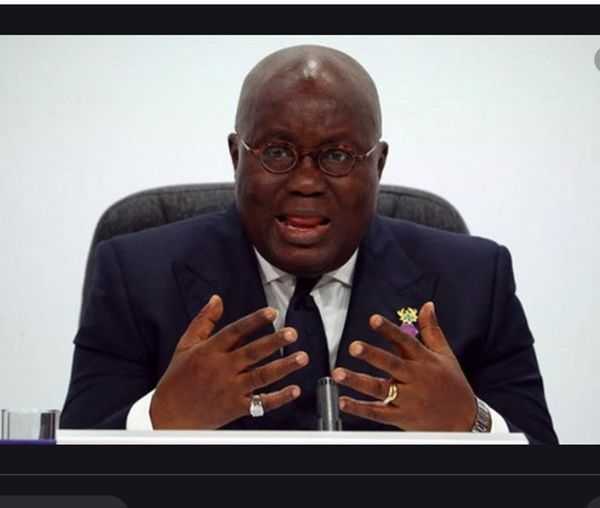 President Nana Addo Dankwa Akufo-Addo has cautioned the general public against investing in financial institutions that are not licensed by the Bank of Ghana (BoG) or the Securities and Exchange Commission (SEC), which “will put us in a difficult position.”

Speaking on Techiman-based Classic FM, Nana Akufo-Addo said: “It is important to find out whether a scheme is licensed by Bank of Ghana, Securities and Exchange Commission or whether it is legitimate.”

According to Nana Akufo-Addo, the erstwhile Mahama administration started paying some customers who had their monies locked up in DKM and his regime is doing the same thing, with the assurance that every customer would be paid by the end of September this year.

“I instructed that we find money and pay all the locked-up funds. Since September 2017, we've made some payments.

“We are left with just a few.

"Even that, we’ve started paying.

“I'm sure you've heard that some people have received their money.

“By the end of September 2020, we will clear everything. I'll pay everybody and put an end to the matter once and for all,” President Akufo-Addo noted.

President Akufo-Addo is in the Bono East, Bono and Ahafo regions on a six-day working visit.

In 2015, the BoG suspended the operations of DKM Diamond Microfinance Company Limited for violating the Banking Act.

While DKM argued that it was a genuine financial institution registered under the Banking Act of Ghana and had not violated any BoG law, the central bank indicated that the defunct financial institution failed to comply with the terms and conditions stipulated in its licence, and holds insufficient assets to meet its liabilities to depositors.

DKM collapsed during the Mahama-led administration.