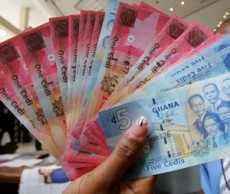 The number of insurance broking firms licensed to operate in the country in 2011 has increased from 45 to 54. Five new companies were licensed in 2011, including a reinsurance broker and a loss adjuster.

Financial performance of the companies also improved by 22.1%, from GH¢16.9million earned as brokerage income in 2010 to GH¢20.6million in 2011. However, the rate of growth in earnings has seen a downward trend since 2007. Earnings are picking up as individual companies put in a lot of effort.

Earnings of the top-10 companies improved from GH¢11.9million to GH¢14.1million; controlling about 68.4% of total income earned in the year under review.

For instance, RMAS started operations barely a year ago but is performing better than some of the older established companies.