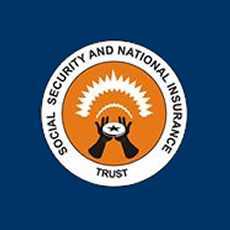 The Social Security and National Insurance Trust (SSNIT), which was established in January 1972 under NRCD127 to administer the national social security scheme, says it has invested a staggering GH¢2.01 billion in 22 out of the 36 listed companies on the Ghana Stock Exchange (GSE).

The figure represents 3.19% of the total GSE market capitalisation of GH64.35 billion.

Madam Patience Akua Owusu, a Deputy General Manager of the trust, who disclosed this at a media encounter at Aburi in the Eastern Region over the weekend, said apart from these heavy investments on the Ghanaian burse involving equities in a number of banks, including Cal Bank, GCB, Ecobank and a host of others, the trust has also invested heavily in the real estate sector.

According to her, apart from the 7,168 housing units developed nationwide, of which 96% had already been sold to salaried workers, the trust is also investing in other new housing projects.

In addition to these, the trust has also invested in the Ridge and Pension House car park complexes, Adenta and West Hills malls, and important hotels in the country, which include Labadi Beach, La Palm Royal Beach and a host of others.

In the area of education, Madam Akua Owusu told the journalists that SSNIT had invested in six hostel facilities on six university campuses, which are being managed Ghana Hostels Limited, with a total of 4,355 beds.

Fixed income also stands at GH¢3,617.19, whilst the remaining 640.51 stands in the name of alternative investments.

The General Manager in charge of Operations, Mr. T.F. Ohene, on his part, noted that despite the heavy investments the trust has made, it is faced with a number of challenges, which, if not addressed, could affect their future investment plans.

He noted that it is contributions of employers and workers that are always invested, but most companies have been defaulting in payments.

According to him, the high level of non-compliance by employers averaged approximately 52.3%.

He noted that as at the time he was speaking to the journalists, a total of 10,151 establishments owed the trust.

Out of the number, 6,490 have either become dormant or defunct. Nevertheless, his outfit, he continued, had initiated court actions against 8,402 of these defaulters.

The National Pension Act 2008, Act 766, which regulates the operations of SSNIT has introduced a three-tier pension scheme.

Under the Act, employers pay 13% of the worker’s basic salary, whilst the workers themselves contribute 5.5% of their basic pay, bringing the total deduction to 18.5%. Out of this figure, 13.5% is paid to SSNIT, which in turn transfers 2.5% to the National Health Insurance Scheme, leaving SSNIT with 11%, which it manages as pension funds.

The remaining 5% goes to the 2nd tier Mandatory Occupational Pension Scheme. Information obtained by The Chronicle also indicates that as at December 2014, SSNIT had a membership of 1,189,168, out of which 142,076 are pensioners.