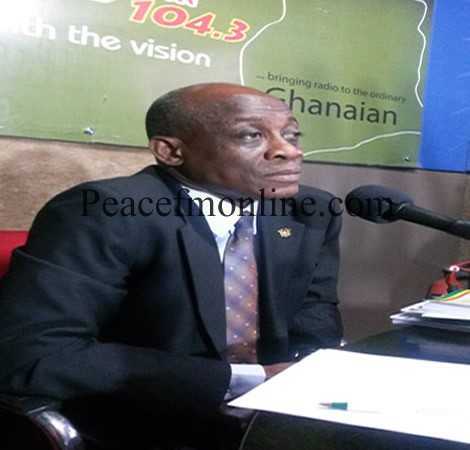 Government has begun taking subscriptions for the country’s first US dollar-denominated bond.

This follows the recent institution of a domestic multi-currency bond programme by government.

A statement issued by the Ministry of Finance, which made this known, quoted the minimum subscription for investment at $10,000 with integral multiples of $1,000 above the minimum size.

“The bond is open to investors resident in Ghana and non-resident Ghanaian investors, who have USD balances in their Foreign Exchange Accounts (FEA) and Foreign Currency Accounts (FCA),” it mentioned.

By the transaction, government said it was exploring alternative sources of funding for meeting its financing needs, as well as further developing and deepening the capital market in Ghana through the introduction of a new investment product.

As at August, this year, Government borrowing had reached GH¢110 billion, 66 percent of which was borrowed by the National Democratic Congress (NDC).

But government has announced that the Eurobond will become a yearly occurrence in Ghana’s borrowing mix.

Ghana, as part of the new debt management strategy, recently implemented a “buy-back” of $100 million of the Ghana 2017 bond, using the newly established sinking fund.

As a result, the balance on that bond has been reduced to $400 million which will be redeemed from the proceeds of the new issue.

This year alone, Ghana is expected to pay some GH¢10.5 billion in interest payments.

Meanwhile, Seth Terkper, Minister of Finance, is leading a government delegation to the IMF/World Bank Annual Meetings in Washington DC from October 4 to 14, 2016.

The delegation comprises officials from the Bank of Ghana (BoG), including the Governor, Chairman of the Finance Committee in Parliament and officers from the Finance Ministry.
The delegation will participate in the African Caucus meeting with World Bank President Jim Yong Kim and the African Caucus meeting with IMF Managing Director, Christian Lagarde.

They would also hold a side meeting with IMF Deputy Managing Director, Tao Zhang.

The delegation will also hold bilateral discussions with other partner countries, financial institutions and private sector investors and sign a loan agreement for the ‘Expansion and Development of Existing High Schools Project’ with Kuwait Fund for Arab Economic Development.