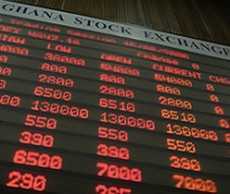 It has however lifted the suspension of aluminium firm, Pioneer Kitchenware Limited (PKL), following the publication of its 2015 and 2016 financial as well as half-year unaudited financials. Prior to that, it had lifted the suspension on Clydestone and Transaction Solutions, saying, the two companies have rectified all the anomalies that led to their suspension.

In a statement, the GSE said it had lifted the suspension of trading in the shares of Pioneer Kitchenware Limited (PKL) earlier imposed on PKL.

It is however unclear when the remaining three suspended firms will meet the regulatory requirements including publication of annual financial reports.

But information picked by this paper indicates that Cocobod which is the majority shareholder in CPC has directed management of the company to immediately publish its financial statement or face sanctions.

But the GSE said PKL which was one of the five companies have rectified all the anomalies that led to their suspension. Accordingly, the exchange has lifted the suspension of trading in the shares of PKL that was imposed with immediate effect.

The requirements that the affected companies failed to meet were their failure to submit financial reports, non-payment of annual listing fees, failure to conduct Annual General Meetings, among others.

The GSE is among the three top stock exchanges in ECOWAS that includes Nigerian Stock Exchange and BVRM which constitutes all Francophone countries.

Its market capitalization currently stands at about GHc58 billion whilst its year-to-date or GSE Composite Index stands at 38.81 percent.