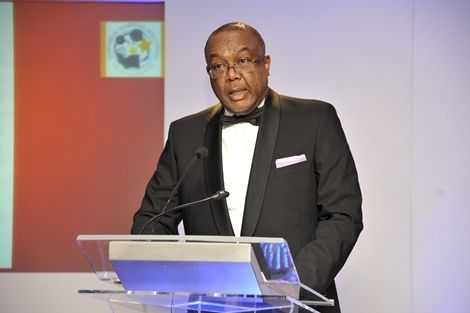 The Minister of Finance Ken Ofori-Atta, as well as the Director-General of the Electricity Company of Ghana (ECG) must all step aside for a full-scale investigation into the developments that led to the takeover of power supply by the Power Distribution Services (PDS), Victor Smith, Ghana’s former High Commissioner to the United Kingdom (UK) has said.

He also asked the Chef Executive Officers for the Ghana Investment Promotion Centre (GIPC) and the Millennium Development Authority (MiDA) to also step aside.

The government of Ghana recently suspended its concession agreement with PDS.

The decision was communicated via a press release by Information Minister Kojo Oppong Nkrumah on Tuesday, 30 July 2019.

The statement said the action to put the agreement on hold was necessitated by “the detection of fundamental and material breaches of PDS’ obligation in the provision of Payment Securities (Demand Guarantees) for the transaction which has been discovered upon further due diligence”.

The government said a full probe has been initiated into the agreement and steps have been taken to ensure that “distribution, billing and payment services continue uninterrupted”.

Commenting on this matter in a statement, Mr Smith said : “For an honest, thorough and credible investigation to be accepted by the good people of Ghana and the whole world, Finance Minister, Ken Ofori-Atta, who clearly is in the eye of the storm, must do the honourable and decent thing and step aside during this period of investigation into this PDS saga, at the very least.

“But not only him, a number of his close associates, especially those from Data Bank and Enterprise Group, who are all involved in this scandalous embarrassment to the government and the nation, must also be interdicted pronto.

“My honest and non-partisan appeal to the President is that he must ensure that there is no attempt to cover up in this investigation. I believe that any more poor handling of investigations into scandals under his administration could precipitate into unrest of gargantuan proportion that can stifle this nation's efforts to progress.”

Meanwhile, the Minority in Ghana’s legislature has also called for the prosecution of all those behind the “fraudulent” agreement signed between the PDS Limited and the government of Ghana, in relation to the takeover of Ghana’s national power supply by the private firm from the ECG.

Mr John Jinapor, Member of Parliament for Yapei Kusawgu and a former Deputy Minister of Power, at a press conference in Accra on Thursday, 1 August 2019, called on the government to terminate the contract immediately.

“Terminate the Concession Agreement with immediate effect,” he said.

He added: “Identify and prosecute those responsible for the fraudulent guarantee as confirmed by the Minister of Energy; ensure a full refund of all monies appropriated by PDS through this fraudulent scheme; dissolve the current ECG Board and appoint a competent non-partisan board; and restructure the current management of ECG and ensure they sign performance bonds with management for the efficient supply of power to Ghanaians.”