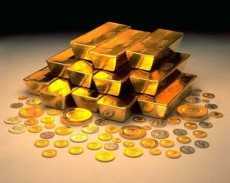 The Ghana Mine Workers Union has praised the surge in gold prices from an average US$1331.67/oz in January to over US$1500/oz in August this year.

The association, at it 2019 first half National Executive Council Meeting at Obuasi in the Ashanti Region, indicated that the surge in prices would enable the industry’s core activities, including mining, exploration, processing, to pick up cautiously, which would in turn lead to new jobs being created, with the potential of more members being added to our fold.

“However, in the first half of 2018, gold prices begun a positive surge on the back of the US-China trade war brouhaha, from an average of US$1331.67/oz in January, to over US$1500/oz in August 2019, to the current average of US$1457.02/oz. Given this positive development, core activities of the industry, i.e. mining, exploration, processing and other related projects, are picking up, albeit, cautiously. This may lead to new jobs being created with the potential of more members being added to our fold.”

Mr Prince William Ankrah, General Secretary of the group, who spoke on behalf of the Union, said that the group was excited about the price surge because the industry experienced a drop in investments when prices fell to US$1,100/oz and US$1200/oz for almost half a decade, until the first quarter of 2018, when things got better.

Highlighting other positive achievements witnessed over the years by the industry, Mr Ankrah said that wage adjustment framework, which was an intervention by the union and other companies like Newmont Ghana Gold and AngloGold Ashanti Iduapriem Limited, impacted salary negotiations and has linked productivity and performance to employee total rewards management.

Another refreshing development is the resumption of operations of AngloGold Ashanti (Ghana) Limited, which underwent a care and maintenance programme, culminating into critical turnaround initiatives which have put the mine back on track to deliver on its mandate to its stakeholders, he indicated.

He added that the creation of the Ghana Integrated Aluminum Development Corporation by the government to oversee the exploration and mining of bauxite in the Atiwa, Nyinahin and Awaso reserves for the repayment of the syndicated US$2 billion Loan from the Chinese Government, indicating that the project would no doubt positively impact the Union’s membership base, with a strategic prioritisation of recruitment and focused engagement with the stakeholders.

He, however, cautioned the government to take its time to execute the project, given the massive civil society and environmentalist’s opposition to it.

He said it would be critical for the government to amend its weird and selective stakeholders’ engagements to a holistic approach, taking all concerns and interests on board.

Notwithstanding the positive developments, there were equally some disturbing happenings in the industry that continue to pose a challenge, not only to the Union, but the entire industry, he observed.

Mr Ankrah expressed his sentiments about the unbridled outsourcing of all manner of projects by the mining companies, with its twin challenge of non-standard forms of employment, which continue to gain currency in the industry, have impacted negatively on the workers and the mining communities.

“As I speak, quite a chunk of mining and its related activities are done by contractors, who, because of the nature of their contracts, can only engage workers on fixed term contract basis, and are unable to give better employment conditions to their employees,” he observed.

Another worrying issue was the continuous deterioration of the infrastructure of mining communities, he stated.

He said the union was also concerned about the growing intolerance and simmering tensions that are building into the rather cordial and productive coexistence of the communities and the companies, because of the worsening socio-economic infrastructure and institutions.

“Today, no active mining community can boast of any first-class road network, and the existing substandard ones have grown from bad to worse. The state of hospitals, educational institutions, markets and general sanitation continue to worry many,” he said, and indicated that that the earlier some immediate intervention is made, including the operationalisation of the recently launched Mineral Development Fund targeting mining communities’ development, the better it will be for the industry and the country.