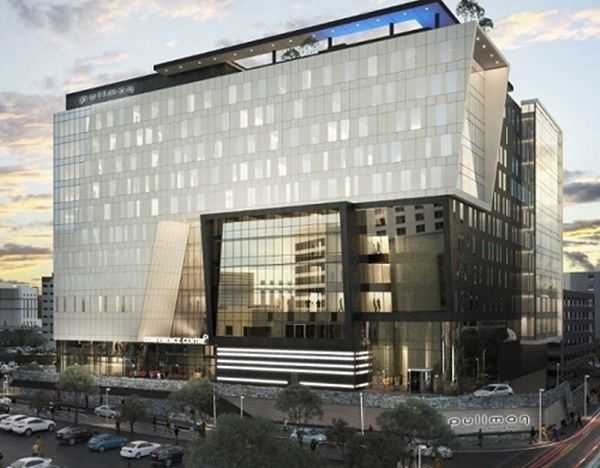 According to a statement issued by lawyers for Platinum Properties, Sarkodie Baffour Awuah and Partners, the incentives were all done by securing necessary legal requirements and procedures under the GIPC Act by fulfilling all the requirements.

The rebuttal by the lawyers is in response to allegations by NDC that Dr. Kwame Nyantekyi Owusu, got the tax waivers because of his connection to President Akufo-Addo as a brother-in-law.

According to the NDC, the tax waiver request does not conform to the protocols that demand government’s intervention in that regard, stressing that the request in its form is abuse of power and also amounts to nepotism and favouritism by the government.

In their view, never in the history of the country has such a tax waiver request been made for a wholly Ghanaian private firm where the government or State has no interest in the project that entity will execute or undertake.

However, the MP for North Dayi, Rockson-Nelson Dafeamekpor, who is leading the crusade on behalf of the Minority Caucus in Parliament, in interview with journalists on the sidelines of Thursday’s Parliamentary sitting, said the move by the Minister of Finance, gives undue advantage to Platinum Properties Limited over its competitors in the Airport City enclave.

According to the lawyers, Platinum Properties is a joint venture JV between Inter-Afrique Holdings, a private Ghanaian company and the Ghana Infrastructure Investment Fund.

Documents cited by Joy Business also shows that Pullman registered the project with GIPC in October 2014. The lawyers for Platinum Properties, also argue that their client after four years of the extensive project development activities, in March 2019, submitted an application for investment incentives as a strategic investor for its hospitality project.

How Pullman secured the tax waivers and justifications

Documents cited by Joy Business also shows that an Executive approval was granted as a strategic investor to Pullman Properties, in pursuant  to the GIPC Act  2013  on the recommendation of the Board of GIPC for the tax exemption, when it came to VAT on importation of materials for the construction of the Pullman Airport City hotel Project.

The lawyers in their statement also maintained that tax waivers are part of the broader incentives regime provided under the GIPC to both Ghanaian and foreign-owned who have registered with the Centre.

The lawyers again argued that these incentives are granted to firms that are eligible for the “strategic investor” status where the projects fall within priority status where their projects fall within the priority and equals a minimum of $50 million and also offers some significant economic benefits including increased employment and generation of incomes and tax revenues.

Pullman in the statement maintains that all these requirements were met before the tax waiver was granted.

Is Pullman project the first to qualify for such waivers?

The lawyers in a statement copied to Joy Business also rejected the claim by the NDC and Minority that no such waivers have been granted before.

They maintained that in recent times, the Strategic Investor Status and related tax incentives have been granted by the GIPC to many private investments projects spread over a wide range of priority areas in the Ghanaian economy; they cite major companies like “Tang Palace Hotel, KH Ghana limited (Movenpick Hotel) African Hospitality Limited (Marriott) and GCC Resorts Limited (Kempinski).

“These are examples of Hospitality and hotel investment projects undertaken under the GIPC act that have secured strategic investor incentive regimes” the lawyers added.

They maintained that from the above documents submitted it is clear that “any diligent inquirer that is not out of place that our client would be granted tax waivers pursuant to Act 865.”