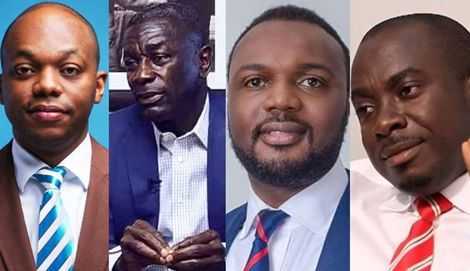 President Nana Addo Dankwa Akufo-Addo says his government made the right decision to fold up some non-performing financial institutions in the quest to strengthen the banking sector.

“We made the right decision in bank collapse,” he told parliament during his fourth State of the Nation Address, Thursday, 20 February 2020.

According to the president, he was bequeathed with a “collapsing financial sector” – but his administration "managed to turn things around for the betterment" of the country.

President Akufo Addo vowed to ensure that "all those responsible" or whose actions in one way or the other led to the "collapse of the financial institutions" will be made to account for their actions; adding "that process has already started".

The Bank of Ghana [BoG] in 2017 embarked on a comprehensive reform agenda to strengthen the regulatory and supervisory framework for a more resilient banking sector.

While some banks had their licenses revoked, others have been merged for their inability to raise the new 400 million-cedi minimum capital requirement as of December 31, 2018.

For other banks, the central bank revealed acquired their licenses fraudulently and through the use of non-existent capital