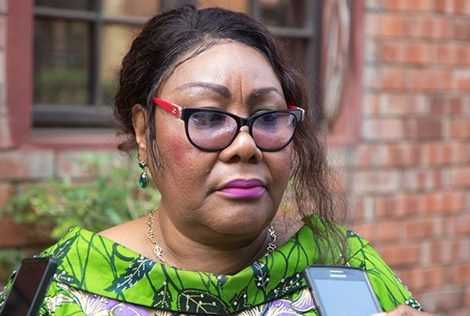 The Registrar General’s Department says it does not operate a mobile money (MoMo) account into which businesses pay their filing and renewal fees.

It has, therefore, advised the business community and the general public to ignore any call directing them to pay their filing, renewal and registration fees into a MoMo account.

The Registrar-General, Mrs Jemima M. Oware, who made this known in an interview with the Daily Graphic in Accra last Friday, explained that some unscrupulous persons were using the name of the department to register mobile money accounts after which they call on the business community to pay their annual commitments into those accounts.

“We do not call people, we send text messages and we do not ask people to send money to a MoMo account. We ask you to pay money yourself at our on-site bank or through the online platform, which is a more securitised mode of payment and that one goes directly into our account.

“Anybody who calls you, whether my staff or anyone, mentioning that they are our lawyers, do not deal with that person because they are fraudsters,” Mrs Oware told the business community.

She said they had so far identified two of such persons — Lawyer Oppong and Saddique Mohammed — as some of the persons engaged in that fraudulent act.

The caution followed reports that some individuals who parade themselves as workers of the department were requesting
members of the business community to pay their annual returns, renewal or registration fees into a mobile money account registered in the name of the department.

Some of those individuals pose as lawyers from the Audit Unit of the department, carrying out an exercise directing businesses that are yet to renew or file their returns to pay immediately into those mobile money accounts else their businesses would be struck from the register.

Mrs Oware was amazed that the fraudsters, “get to know people whose businesses are not in good standing and so when those people get such calls, they panic and pay money ranging from GH¢480 to GH¢1,000.”

She said it was possible that such fraudsters were in league with some staff of the department, considering how they
were able to get the names of businesses that owed the department.

Mrs Oware explained that initially, those fraudsters, popularly called ‘goro boys,’ operated within the premises of the department by posing as benevolent staff who could process documents for people within a short time for a fee.

The activities of the goro boys, she said, abated when the department mounted a public address system at the vicinity, which kept advising clients in the various local languages not to deal with anybody outside the offices of the department.

“Because of those notices, most of our clients have been sensitised and made aware that they do not have to stand outside to do business and that is how come the goro boys have now resorted to electronic means to pursue their illegal activities,” Mrs Oware added.

The Registrar-General, therefore, appealed to clients of the department not to be swayed by any calls from anybody.