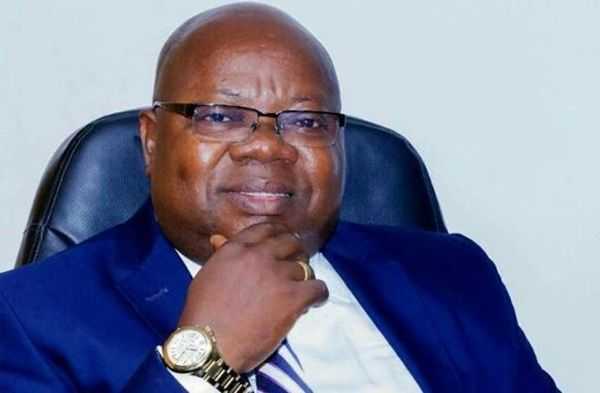 The Agricultural Development Bank (ADB) has partnered the Ministry of Food and Agriculture (MoFA) and three other institutions to set in motion an ambitious programme meant to end the country’s dependence on imported poultry products and create jobs for the youth.

The initiative aims to invest a total of GH¢500 million of soft loans in businesses in the poultry value chain to help de-risk their operations, increase chicken production and cut out the imports.

The first tranche of the facility, amounting to GH¢23 million, has been approved by ADB’s board and was now ready to be disbursed to six businesses in the Bono Region.

The Managing Director of ADB, Dr John Kofi Mensah, at a media briefing in Accra yesterday, explained that the initiative was the bank’s support to the government’s Broiler Revitalisation Programme that was aimed at increasing domestic production of chicken.

The MD said the amount was to be invested between 2020 and 2022 in line with the bank’s strategic plan.

The other institutions helping to implement the programme are the Bank of Ghana (BoG), which is providing the needed regulatory oversight to the lending, the Ghana Incentive-based Risk Sharing System for Agricultural Lending (GIRSAL) and the Out-grower and Value Chain Fund (OVCF), two specialised funds that work to reduce the risks of lending to agriculture sector operators by absorbing part of the risks.

While the MoFA is to provide technical support to the beneficiary businesses under the initiative, the three other institutions are to provide the funding, the needed oversight and consultancy to help make the project successful.

Dr Mensah described the programme as “a big revival of the poultry industry” that would help spur growth in related sectors, including maize and millet production, provide low cost but quality chicken to hotels and other hospital sector operators and create thousands of jobs.

He said the initiative would target businesses that engaged in the production of poultry feed, the rearing of the birds, the processing of the meat and the marketing of the chicken to ensure that the entire value was properly funded to help remove the bottlenecks.

The MD of ADB said with the approval of the first tranche of the facility, the beneficiary businesses would be given between GH¢1.5 million and GH¢9 million to either revamp their businesses or start new ones with the ultimate objective of increasing domestic production of poultry production.

“What is happening is a hatchery will produce, we will get the day-old chicks that will be made available to the selected institutions that will rear them.

He said the funding would mainly target existing businesses with experience in the sector.

National consumption of poultry currently exceeds domestic production by more than 340,000 tonnes, according to the MoFA.

Dr Mensah stated that estimates showed that businesses which would benefit from the facility would be empowered to create additional 50 jobs in the initial stages, with the possibility of scaling it up in the coming months.

In terms of impact on the broiler production per company, he said the poultry producers should be able to double their capacities after receiving the support.

“If you were producing about 10,000 birds per month, you should be able to produce 100,000 birds per week after benefiting from this support,” he said.

He said from the Bono Region, the programme would move to the Ashanti Region, the Greater Accra Region, and the Eastern and Central regions.

He explained that the “exceptionally low-interest rate” on the funds was made possible by the partnership with the GIRSAL and the OVCF, which, he said were absorbing more than 75 per cent of the risks associated with lending to businesses in the poultry space.

He was optimistic that the low-interest rates would help reduce the cost of production of the companies to be supported and put them in a position to be able to sell the final product — the chicken — at competitive rates.

He said estimates showed that the final price could be lower than the price of the imported products, thereby making it possible for consumers to switch from the imported poultry to the domestically produced birds.

He said the assistance from the MoFA would ensure that the chicken to be produced met all the required standards and was also of best quality to help outcompete the imported products.

The MoFA estimates that the country currently imports about 240,000 tonnes of poultry and related products every year.

The ministry said on its website that national demand for poultry meat was about 400,000 tonnes, with local production being just about 57,871 tonnes.

It added that broiler meat imports constituted more than 80 per cent of the total cost of meat imports, which, it said, was about $137 million per annum.