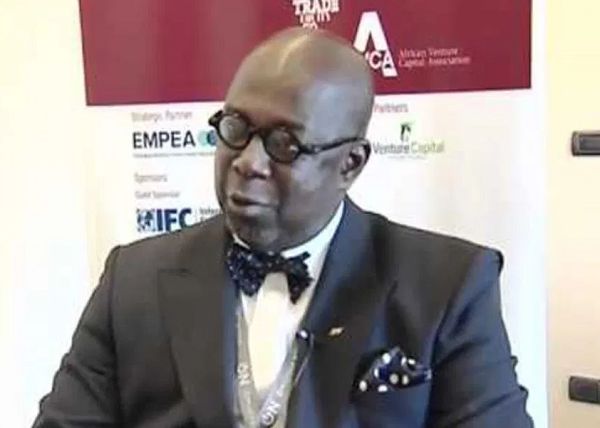 A former Chief Executive Officer (CEO) of the Venture Capital Trust Fund (VCTF), Daniel Duku, who is standing trial with five others for allegedly causing financial loss of GH¢42.8 million to the state, has agreed to refund GH¢15 million as restitution to the state.

Two other accused persons — Irene Anti-Mensah, who was an Executive Assistant to Duku, and Frank Aboagye Mensah, Anti-Mensah’s husband — have also agreed with the Attorney-General (A-G) to pay restitution to the state.

Per their actions, the three accused persons want to plead guilty to the charges levelled against them and make amends by paying the money they allegedly took from the state, in line with Section 35 of the Courts Act, 1993 (Act 459).

Section 35 of Act 459 is like a plea bargain which allows a person accused of committing a crime that leads to economic loss to the state to pay restitution in exchange for leniency.

The other accused persons are Richard Lassey Agbenyefia, a former Member of Parliament for Keta and former member of the Board of Trustees of the VCTF (the board); Kofi Sarpong, an investment officer of the VCTF, and  Charity Opoku, also known as Charity Ameyaw, who was an accountant at the VCTF.

They have been variously charged with 86 counts of wilfully causing financial loss to the state, abetment of crime, stealing, defrauding by false pretences and issuing of false cheques.

All the accused persons have pleaded not guilty to the charges.

During hearing of the case yesterday, the Director of Public Prosecutions (DPP), Mrs Yvonne Atakora Obuobisa, informed the Accra High Court that three of the accused persons had agreed with the A-G to pay restitution to the state.

She, therefore, urged the court to allow the plea of the three to be retaken in order for them to plead guilty to the charges.

The DPP said Duku had agreed to pay GH¢15 million as restitution.

That meant the agreement presented to the court had not been duly signed by the accused persons or the A-G.

According to Justice Oppong, a Justice of the Court of Appeal with additional responsibility as a High Court judge, the agreement must be fully executed to prevent the situation where the accused persons would say they were not aware of it and, therefore, oblivious of its terms.

“The agreement should be fully executed by the accused persons, on one side, and the prosecution, on the other,” he said.

He, therefore, directed that the agreement be executed and filed at the court.

The activation of Section 35 of Act 459 by accused persons is not new.

The founder of the defunct Capital Bank, William Ato Essien, who is standing trial for allegedly collapsing the bank and dissipating a Bank of Ghana (BoG) GH¢620-million liquidity support extended to the bank has taken the same path by deciding to refund GH¢27.5 million.

Under Section 35 (1) of Act 459, a person accused of an offence which has caused “economic loss, harm or damage to the state or state agency may inform the prosecutor whether the accused admits and is willing to offer compensation or make restitution and reparation for the loss, harm or damage caused”.

Section 35 (2) of Act 459 states that when an accused makes an offer of restitution, the prosecutor shall consider whether the offer is acceptable or not and inform the court.

In the event the offer is not acceptable to the prosecution, the trial shall continue, but if the offer is acceptable, the accused person will plead guilty and the court will convict him on his own plea.

When passing sentence, the court will then order the accused to pay the restitution based on conditions set by the court.

However, per Section 35 (7) of Act 459, if the accused person fails to fulfill the conditions set by the court for the payment of the restitution, the court shall pass a custodial sentence on him.

The VCTF was established in 2004 to provide financing for small and medium enterprises (SMEs).

In April last year, the A-G charged the five persons for engaging in various criminal ventures that caused the state about GH¢42.8 million.

According to the facts of the case, Duku facilitated the recruitment of Ms Anti-Mensah and Sarpong, who were his work colleagues at the Ghana Investment Promotion Authority (GIPA).

Upon assumption of office, Duku introduced a loan scheme named the Development Assistance Fund (DAF) to provide credit directly for individuals and companies, in clear contravention of the VCTF Act and contrary to the objects of the VCTF.

In spite of advice from solicitors of VCTF on the illegality of the proposed loan scheme, Duku allegedly managed to obtain the approval of the board for the establishment of the DAF scheme.

According to the prosecution, Duku, by approval of the board, could only approve loans not exceeding GH¢30,000.

Any loan amount above GH¢30,000 was subject to board approval, while the board also approved strict guidelines under which the loans were to be disbursed.

However, the prosecution said, investigations revealed that Duku disbursed various sums of money under the scheme, the total of which far exceeded the approved amount of GH¢2,000,000.

Prior to the appointment of Duku as CEO and the establishment of the DAF, the VCTF operated an existing scheme which gave loans to farmers in the Northern and the then Brong Ahafo regions for the cultivation of sorghum.

That programme ran successfully until Duku assumed leadership in June 2010 when the project stopped.

However, in or about October 2010, the SPV was reintroduced at Duku’s instance (albeit with board approval), that time to be controlled directly from Duku’s office.

He could, however, only approve loans up to GH₵50,000, with any loan amount above the GH₵50,000 threshold requiring board approval.

It is the case of the prosecution that, contrary to, and in flagrant disregard of the approved board threshold for the CEO, Duku persistently approved loans purportedly under the DAF and the SPV well above his threshold directly to a number of companies, some of which were non-existent.

Some of those fictitious companies bore addresses which, the prosecution said, belonged to Duku.