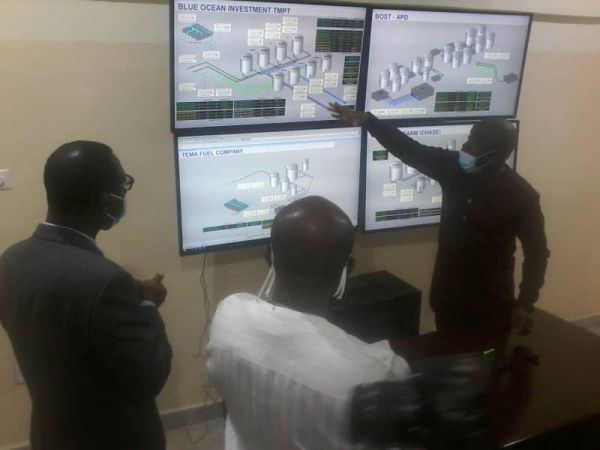 The Minister of Finance, Mr Ken Ofori-Atta, has launched a digital measurement project to monitor revenues from downstream petroleum products from depots across the country.

The project, a partnership between the Customs Division of the Ghana Revenue Authority and Strategic Mobilisation Ghana Ltd, a Ghanaian audit and assurance services company, is aimed at digitising the measurement and reporting of petroleum products supplies from over 20 depots across the country.

Known as the End-to-End Electronic Metering Management System (EMMS), it will also enable the GRA to determine the revenue to be earned on such petroleum product supplies, with minimal human intervention.

Launching the project in Tema yesterday, the Finance Minister said the deployment of the EMMS was to validate and assure the quantity of petroleum products transported from the various depots and bunkering sites.

Hitherto, GRA officials at the various tank farms had to climb tanks and use dip sticks to estimate the amount of products that had been received into and transferred out of the tanks.

That process, according to the GRA, was not only laborious and tedious but also led to revenue leakages.

The new system, which offers a data warehouse and storing of all information from the various tank farms, also comes with a 24-hour real-time monitoring of all petroleum movements from the depots and bunkering sites.

Mr Ofori-Atta said an independent reconciliation of reported sales of gas oil and gasoline for 2016 to 2018 by the National Petroleum Authority (NPA), GRA and the depots, showed differing figures.

Mr Ofori-Atta said the recurrence of the under-reporting of tax receipts was of utmost concern and evidence of the fact that some aspects of illegal trade continued unabated.

“This fragrant disregard of the law can no longer be countenanced, especially in this era where government needs all available resources to cater for the wellbeing of the nation,” the Finance Minister stressed.

The General Manager and Head of Technical Services at SML, Mr Christian Sottie, said it was the first time the EMMS technology, imported from Honeywell Technologies, one of the world’s leading metering companies, was being deployed in Africa.

He said the flow measurement data were currently being pulled in real-time from various depots across Accra, Takoradi and Ghana Gas and would provide around the clock management, monitoring, trending and data analysis opportunities for the GRA for reconciliation.

Some depot managers who spoke to the Daily Graphic welcomed the new system but called for further stakeholder engagement to ensure it took off smoothly.

The Managing Director of the Tema Tank Farm Ltd (TTF), Mr Bartholomew Darko, said while the new system depended on a temperature sensor to measure from transmission pipelines, the NPA had directed Bulk Oil Distributors and oil depots to keep the temperature of their petroleum products at a standard measure of 20 degrees Celsius, before transporting.

That, Mr Darko said, called for some recalibration by the Ghana Standards Authority before the system took off.