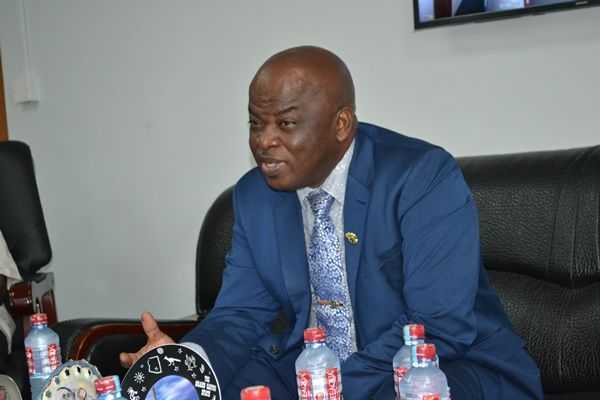 The Ghana Maritime Authority (GMA) joined its counterparts across the world last Thursday to commemorate the Day of the Seafarer (DotS), marked annually on June 25 to recognise the unique contribution made by seafarers to the global economy.

The event, which has been observed for the past 10 years, is also used to promote and recognise the enormous contribution of the seafarer whose occupation is on board a ship at sea.

On the theme: “Seafarers are key workers: essential to shipping, essential to the world,” this year's event sought to encourage member states of the International Maritime Organisation (IMO) to recognise seafarers as key frontline workers within the context of the coronavirus (COVID-19) pandemic.

Addressing a press conference to mark the day on Thursday, June 25 in Accra, the Director General (DG) of the GMA, Mr Thomas Kofi Alonsi, said the authority acknowledged the significant role the maritime sector played in creating conditions for prosperity and stability via trade by sea.

“IMO of the United Nations Agency (UNA) responsible for safety and security of shipping recognises seafarers to be at the heart of the work of the organisation and for which reason seafarers are celebrated annually with the day of the seafarer campaign.

“Going down memory lane; in 2016, the day of the seafarer campaign celebrated seafarers by making known to the world how and why seafarers are indispensable.

“The day of the seafarer in 2017 and 2018 focused on strong momentum in the maritime industry to address seafarers’ well-being, particularly their mental health.

“Last year, the campaign was on gender equality with the aim of empowering women to effectively and efficiently participate in operational activities in the maritime industry,” he said.

Under normal circumstances, Mr Alonsi indicated, the day of the seafarer campaign was organised to demonstrate how much seafarers mattered to the world.

According to him, with the unprecedented situation of the current global pandemic, this year, the day of the seafarer campaign called for the recognition of seafarers as key workers.


He said the campaign also advocated support and recognition for seafarers for keeping the world moving in these trying times.

“In these challenging times, seafarers have been the unsung heroes of this pandemic as the world relies on them to transport about 80 per cent of trade by volume, including vital food and medical goods, energy and raw materials, as well as manufactured goods across the globe.

“As they continue in this heroic profession, they have become collateral victims of the crisis, as travel restrictions have left tens of thousands of them stranded on ships, or unable to join ships,” he said.

The Director-General explained that many had already been on tour of duty significantly longer than the 11 months prescribed by the International Labour Organisation (ILO) as the maximum length of seafarers’ contract.

He said the difficulties surrounding repatriation and crew changes had impacted the shipping industry tremendously, with the IMO and other organisations urging governments to intervene.