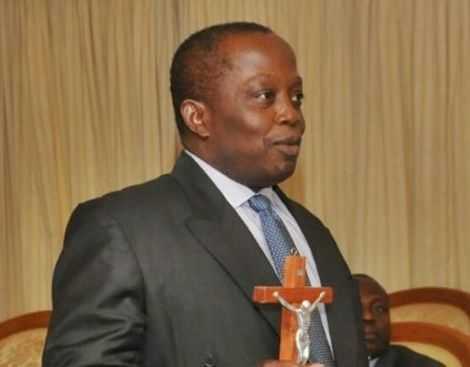 An anti-graft campaigner and former Executive Director of the Ghana Integrity Initiative (GII), Mr Vitus Azeem has noted that it is most unfortunate on the part of Mr Daniel Domelevo, the Auditor-General who has been asked to proceed on leave, to have allowed his leave period to accumulate for 123 days.

Knowing what the labour laws say, Mr Azeem said, the Auditor-General should have acted and taken his annual leave and not to have allowed it to accumulate.

He also questioned why the board of the Audit Service waited to allow the period to accumulate before raising issues with his failure to go on leave.

According to records available to the Presidency, Mr Domelevo has 123 working days of accumulated annual leave.

A statement released by the office of the President and signed by the Director of Communications, Mr Eugene Arhin on Monday, 29 June 2020, said: “The President’s decision to direct Mr Domelevo to take his accumulated annual leave is based on Sections 20(1) and Labour Act, 2003 (Act 651), which apply to all workers including public officeholders such as the Auditor-General.”

Per the Act, “a worker is entitled to annual leave with full pay, in a calendar year of continuous service which cannot be relinquished or forgone by the worker or the employer”.

However, since Mr Domelevo’s “appointment as Auditor-General on 30 December 2016, Mr Domelevo has taken only nine working days of his accumulated annual leave of 132 working days.”

The statement made reference to 9 April 2009, when the third President of the 4th Republic, Prof John Evans Atta Mills, directed the then-Auditor-General, Mr Edward Duah Agyeman, to take his accumulated annual leave of approximately 264 working days.

It further continued: “President Akufo-Addo paid attention to the precedent in directing the Auditor-General to take his accumulated annual leave of 123 working days”.

Mr Domelevo “has been further directed to hand over all matters relating to his office to Mr Johnson Akuamoah Asiedu, the Deputy Auditor-General to act as Auditor-General” until his return.

Sharing his views on this development while speaking in an interview with TV3’s Abu Issah Monney on the 360 News Monday, Mr Azeem said : “Unless the employer has a reason for not granting the leave you should go on leave. So for the leave to accumulate up to 123 days was most unfortunate on the part of the Auditor-General.

“I think that as an Auditor-General he should not have allowed that to happen. Unless there is evidence that he has written to the Board asking for his leave and the board has said no, you cannot go.

“So you look at it from that aspect but one aspect too is that why did the board wait till this time to draw his attention to this?

“Were they waiting for an opportunity to push him out of the way so that the good work that he has been doing will not be possible? Especially with the example that the president has given, Duah Agyemang was the one that was pushed out by the Mills administration…so is it tit-for-tat?

“These are some of the worries about our democracy.”