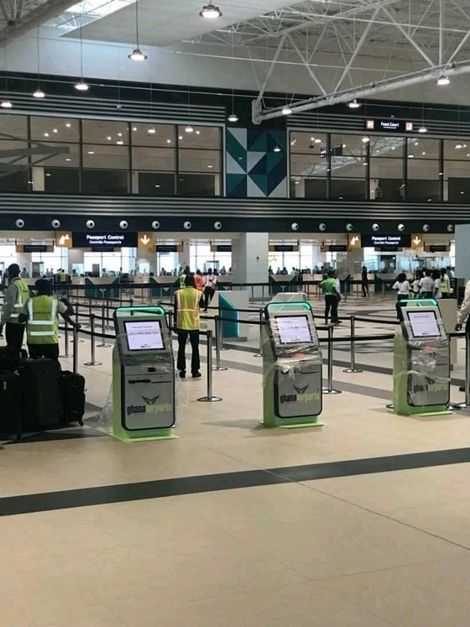 The newly introduced Integrated Customs Management System (ICUMS), which began a month ago at the Terminal Three of the Kotoka International Airport (KIA), has yielded a total revenue of 55,497,303.65 (55.4) million Ghana cedis.

This represents a 20 per cent increment over last year’s revenue performance for June, which was about GHC46 million.

Mr Festus Mensah, the Chief Revenue Officer in-charge of General Duties at the KIA, disclosed this to stakeholders at a forum in Accra.

The forum, which was organised by the Accra Airport sector of the Custom Division of the Ghana Revenue Authority, at the Terminal Three, revealed that revenue mobilization under the new system was doing quite well.

The Forum, convened at the instance of the Sector Commander, Thomas Daniel Williams, and attended by the Accra Commander, Emmanuel Ohene, also the Head of the ICUMS Implementation Task force, deliberated how best the current delays being experienced in processing documents could be avoided.

Mr Mensah stated that all the suggestions made by the various stakeholders at the forum, would be taken into consideration.

Effective June 1, 2020, all transactions related to the import and export of goods at the various ports started to be conducted through ICUMS, ending the operations of GCNet and West Blue Consulting.

ICUMS is a system built by Universal Pass (UNI-PASS), specially tailored to Ghana’s situation and provides an end-to-end supply chain solution that incorporates and consolidates existing systems currently in operation.