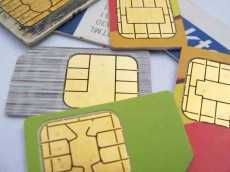 The Chief Executive Officer (CEO) of the Leverage Microfinance Company (LMC), Mr Gilbert K. N. Adamtey is calling on the government to consider collaborating with the various telecommunication companies in the country to infuse digital addresses of people in their sim cards so that it will help financial institutions in their loan recovery process.
He said many financial institutions, including microfinance companies, often times struggled to recover loans from their clients because of the poor addressing system in the country.

He explained that some customers after taking loans deliberately changed their locations which made it difficult for such lending institutions to trace or locate where such customers resided.

Mr Adamtey in an interview with Graphic Online said when people’s digital address were infused in their sim cards, would enable the financial institutions to know the exact locations of their clients even when they changed their residence.

According to him, setting up a special financial court would help fast-track court’s processes in loan recovery, explaining that using the same commercial courts for loan recovery delayed the process, which in turn, affected the value of the money involved.

He said a dedicated court for loan recovery would go a long way to help financial institutions in the country.


“It will take some time to build the confidence of people,” he said, adding that Leverage Microfinance had also seen a drop in its deposits but had increased its shares.

He noted that building the confidence of people in the country’s financial sector would require financial institutions “putting right structures in place; being accountable”, and also respecting their staff and customers.

That, Mr Adamtey, encouraged the public to have confidence in the remaining financial institutions since the underperforming ones had been cleared from the system.

He explained that Leverage Microfinance Company had remained liquid because of its decision to remain focus on its core business areas without venturing into areas it had little expertise there.

“The most important thing is to do what you know best to do,” he said, pointing out that many financial institutions that were affected in the financial sector clean-up ventured into other areas outside their core business.

“We want to remain focus so that we can serve the interest of local businesses,” Mr Adamtey said, adding that the company was ready to give loans to local suppliers that were unable to do business because of lack of capital.

That, he explained, for instance, that out of the seven board members of the company, five of the members were non-executives, meaning they did not have any shares in the company and therefore were independent in their views about the operations of the company.

According to Mr Adamtey, enhanced corporate governance was key in the survival of every corporate business, particularly a financial institution.

He said the enhanced corporate governance as well as diversification of its board members had helped the company to meet the capital requirement of the Bank of Ghana in excess of about two million Ghana Cedis.

Similarly, he said, the company was in the position to offer loans to individuals on government’s payroll to enable them survive the hardships that COVID-19 had brought.

“We have increased our capital to help revive businesses,” he said, calling on small and medium scale businesses to access their loans.

Mr Adamtey indicated that the company was also ready to help clearing agents clear their goods at the ports, saying “We do this with speed.”

“All our activities are underpinned by speed,” he said, pointing out that the company could be located in Accra as well as on the internet.

Leverage Microfinance, headquartered at Dansoman – Sakaman road, is a limited liability company registered under the Companies Act 1963 (Act 179) of Ghana as a non – bank financial institution.