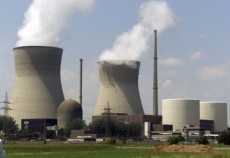 The Petroleum Commission says the advent of the novel coronavirus pandemic continues to affect the upstream oil and gas sector and the national economy badly.
The shortfall in petroleum revenues alone, according to the upstream oil industry regulator, accounts for a “very significant” GH¢5.7 billion (USD 1.04 billion).

Licensing round
The industry has attracted a good number of investors after the first licensing round, with 13-potential entrants including BP, Hunt Oil, and Shell, which have visited the data room and are awaiting the next bidding round and limited negotiation periods to acquire blocks in the sector.

The Commission is however worried that all the intents by the potential entrants are in abeyance as a result of the Covid-19 pandemic.

Even worse, Covid-19 predictably may delay the country’s second licensing round as the government prioritizes managing the domestic impact of the virus and awaits the improvement of investment conditions.

The shocks
The Chief Executive Officer of the Petroleum Commission, Mr. Egbert Faibille Jnr., who shared the concerns at the opening session of a three-day conference organized by the Africa Centre for Energy Policy (ACEP), said the industry has suffered significant shocks which did not only affect the economy but also impacted on work obligations and operations.

Speaking on the theme: The Impact Of Covid-19 in the Operations of Upstream Oil and Gas Companies in Africa and Surviving Strategies - The Regulator’s Perspectives, Mr. Faibille said preliminary analysis of the impact on the real sector shows an expected decline in GDP growth rate from 6.8 per cent to 2.6 per cent.

He said although oil production is ongoing, production and revenue forecasts for the year have been significantly affected largely due to the postponement of the Pecan development campaign.

Aker Energy was expected to submit its plan of development (PoD) in Q2, 2020, and subsequently make the final investment decision to commence the project and the Pecan development, valued at $4.4 billion but which was postponed in March, 2020.

Records at the country’s Finance Ministry, he said, indicate that the total estimated fiscal impact from the shortfall in petroleum receipts, shortfall import duties, shortfall in other tax revenues, the cost of the preparedness plan, and the cost of Coronavirus Alleviation Programme accrued to ¢21.42 billion (USD 3.89 billion) representing 2.5 percent of revised GDP.

Work obligations & operations
He said aside from the economy, impact on work obligations and operations for the industry players equally did not look good, saying “the ongoing or new projects across the country's oil and gas value chain are likely to face numerous challenges in terms of project execution, planning and risk management.”

He noted that the year began with the Commission approving work programmes and budgets for exploration and production companies in the exploratory and appraisal stages.

$324-million
“The companies were due to undertake various drilling campaigns, acquisition and interpretation of seismic, geological and geophysics data which projects were estimated to cost about $324m.”

Mr Faibille said it's worth noting that the initial period or extensions granted to some of the companies under the petroleum agreement were due to expire.

The impact of the pandemic, he said, has necessitated the freezing of the work programmes and a decision to restore the period lost as a result, saying “Critical operations and maintenance works on production facilities scheduled for the year have either been stalled or cancelled.”

Safety measures
The skeletal workforce maintained by many companies in the effort to adhere to safety measures and social distancing, has exacerbated the situation, he said.

He said the Covid-19 pandemic was particularly visible on the demand for the services industry, and that the service industry segment of the oil and gas value chain is largely price-sensitive and operates on low-profit margins with a heavy dependency on materials management, supply chain, workforce management and various other economic parameters.

Short-term risk
He said licensing rounds proceed in the short-term risk and thus receive fewer or no bids due to low investor confidence, and that under the current circumstances, industry investors are likely to be reluctant to commit an exploration budget to licensing rounds in the near term due to the economically challenging conditions and uncertainty created by Covid-19.

He said the Commission expects that licensing round activities will be subject to significant uncertainties, stemming both from the unknown duration of the Covid-19 demand shock and the duration of the current excess supply.

Participants, mainly oil companies working in the country and other parts of Africa, were equally worried and shared various experiences and what for them constitute the way forward for Africa.