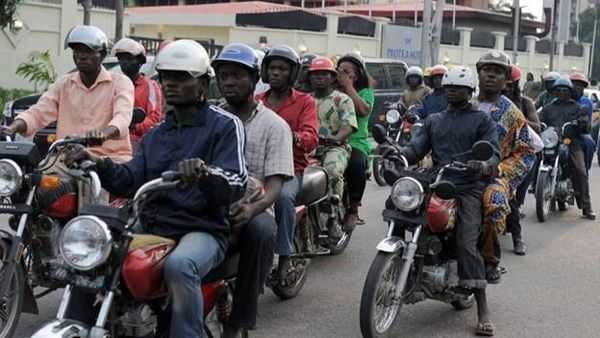 The Association of Okada Riders has said its decade-old petition to Parliament to regularise the use of motorbikes for commercial passenger-ferrying purposes, has still not been given any attention.

A high-ranking member of the group, Mr Michael Owusu-Ansah, told Animonyam Okyere on CTV’s Dwabre Mu show on Wednesday, 8 July 2020 that they are yet to get a response to the petition they forwarded to Parliament in 2010.

Section 128 (1) of the Road Traffic Regulations, 2012 (Legislative Instrument 2180), which was passed in 2012, states: "The licensing authority shall not register a motorcycle to carry a fare-paying passenger."

Despite the law, the motorbike passenger service (Okada) has become a widely-patronised means of transport for people in the cities as well as hard-to-get parts of the country.

The Okada issue and its regulation concerns sparked a debate in Parliament in March 2019.

In a statement on the floor of the House at the time, Minority Chief Whip Mohammed Muntaka Mubarak charged the government to legalise the Okada business.

The Asawase MP acknowledged the social downsides of the Okada business but argued that the benefits outweigh the negatives.

“Even though these Okada operators are working hard to make a living, their activities have been described by some people as counterproductive because many of them flout road traffic regulations. They fail to wear protective clothing such as helmets, thereby putting their lives and those of their clients in danger. Some of them ride recklessly resulting in road accidents”, Mr Mubarak conceded, adding: “These negative tendencies necessitated a call for an outright ban of the practice and also some of the major reasons that initially influenced the passage of the law”.

“But, it is my considered view that the benefits outweigh the social costs and, as such, we cannot kill the goose that laid the golden eggs by this country’s continuous ban on the use of motorcycle or tricycle for commercial purposes,” Mr Mubarak noted.

In his view, therefore, the law must be amended to allow the use of motorbikes for commercial purposes.

“Let us review the law to accommodate Okada operators by mainstreaming them into our national transport system so that they can be identified, registered, licensed and policed to work within the road traffic regulations,” he declared.

Such regulations, he said, “must also touch on proper type of motorcycle that can be granted a franchise, the minimum Cubic Centimeter (CC) capacity of motor, travel speed of motorcycle taxis, franchise route, seat and helmet requirements, and training requirements for motorcycle riders looking to register as a Public Utility Vehicle driver”.

Once this is done, Mr Mubarak said jobs would be created and protected in that sectors while, at the same time, solving some of the concerns associated with Okada operations and public transport.

Speaking on the same matter on the floor at the time, Deputy Transport Minister, Mr Daniel Nii Kwartei Titus-Glover said: “Let’s look at what the law is saying. For now, it is saying that it should not be operationalised. I am saying, from the Ministry’s perspective, we are still engaging. We want to listen across the country and ascertain if it is, indeed, feasible to look at it”.

The first deputy speaker of Parliament, Mr Joe Osei-Owusu, on the other hand, warned that Parliament will live to regret if it amends the laws to legalise the use of motorbikes for commercial transport.