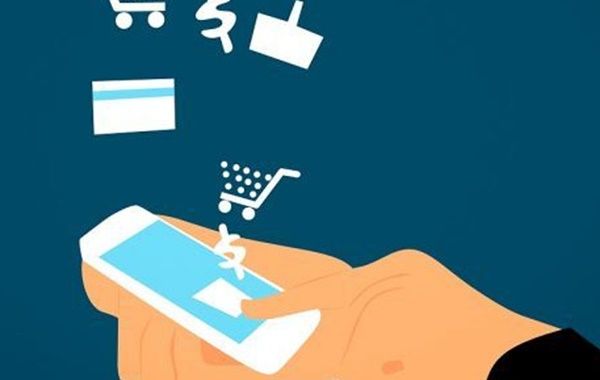 While physical currency used to be a real dominant force when it came to buying goods and services, there is simply no denying that the world of payments has changed massively in recent times.

Mobile money services have grown to have an impact on the lives of many Ghanaians and recent news related to G-Money from GCB Bank has highlighted how a number of people have embraced the platforms.

As we outlined earlier in the year, G-Money was described as an industry-first mobile wallet ahead of its launch at the end of January, which came just a few months after it received approval from the Bank of Ghana. Now, fresh reports have suggested that the service has had an immediate impact on consumers, with AllAfrica.com outlining in June that more than 300,000 people have signed on to use the platform since its launch.

The site explains how G-Money allows users to transfer funds from their bank account to a mobile wallet, with the latter then giving them the chance to pay for a range of services and items including utility bills.

The service is far from the only one of its kind in Ghana at present, as the likes of MTN and Vodafone are among the names that are still thought to dominate the market. However, despite that, AllAfrica.com suggested that GCB Bank is confident about its opportunity to grow G-Money in the future. More specifically, it revealed how the organization has apparently set a target to reach around one million subscribers by the end of the year.

It is fascinating to see how many people in Ghana are embracing mobile and digital money services, but it could be said that the move also reflects wider trends being seen across the globe.

Last month, Mastercard released a study which found that many people in regions such as the Asia-Pacific area, Latin America and Europe are making less use of cash.

It also found that seven out of ten people across the world believe their recent move to digital forms of payment is going to be permanent. It is not just consumers who are embracing new ways to pay either.

Many businesses are open to accepting more digital payments, with PayPal outlining how consumers in the UK can use its platform to buy goods and services from brands including Xbox, British Airways, Spotify and Nike. PayPal has also made a name for itself in the online entertainment and casino gaming sector, with Betway allowing its members to use the service to make deposits and withdrawals into their accounts.

The site supports other innovative payment options such as Neteller, a digital money transfer service. Furthermore, some brands have added mobile payment options into an existing app, with coffee chain Starbucks allowing people to pay on their phone through its software.

However, while the rise of mobile payment platforms is not limited to Ghana, there have been suggestions that the services may do more in the country than simply offer a new level of convenience to the public.

An article published at the start of July by the World Economic Forum has revealed how the use of digital financial services has been accelerating in recent months, with it stating that such trends could provide a big boost to both small businesses and low-income households.

The piece, which was produced in collaboration with the International Monetary Fund, also namechecked Ghana as an example of several countries from across the globe which are supporting the move to digital financial services. It said the region was doing this by embracing a few measures including cutting fees and changing limits on transactions. Ghana was also described in the article as a “front-runner” in terms of its efforts on digital financial inclusion, with Africa and Asia being regarded as the two continents that have truly taken a lead on the issue.

But what benefits could Ghana’s efforts in this area bring? The article explained that financial inclusion can have an impact on a country in many ways, with it not only reducing income inequality but also being linked to achieving higher levels of GDP growth.

So while the rise of G-Money may undoubtedly spell good news for GCB Bank, it could be argued that the success of the service and rival mobile money platforms may well be having a positive impact on Ghana as a whole.

People all over the world have been making big changes to how they pay for goods and services in recent years and Ghana is seemingly performing well when compared to other countries. It will be fascinating to see how the mobile payment trend in the region develops across the months and years ahead.