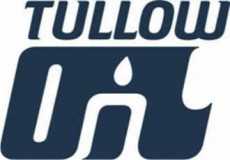 Tullow Oil PLC has said its operational performance in Ghana has been strong in the first half with uptime on both Floating Production and Storage and offloading vessels in excess of 95 per cent.

Overall, the Company said it produced 77,700 barrels per day in the first half of the year, at a realised oil price of US$52 per barrel, including hedge receipts of $131 million.

In its trading statement and operational update for the first six months of 2020, which was copied to the Ghana News Agency, in Accra, Tullow said gross production from the Jubilee field stood at 84,700 bpd, of which 30,000 bpd was net to Tullow.
The TEN project averaged 50,900 bpd with a net of 24,000 bpd to Tullow.

However, the production from the Ghanaian oilfields is expected to fall to 51,600 bpd over the full year, from 54,000 bpd in the first half.

The statement said the completion operations on the Ntomme-9 production well at TEN were ongoing, adding that, the well was due onstream in August.

Tullow said it had also cut its oil price assumptions and as a result, it expected impairment and exploration write offs of $1.4-1.7 billion before tax.

Commenting, Rahul Dhir, Chief Executive Officer, Tullow Oil plc, said, "Since becoming CEO on 1 July, I have been impressed by the quality of Tullow's people and the potential of our assets and I am confident that we can build Tullow into a competitive and successful business once again. Despite the challenging external environment in the first half of the year.

“Tullow has performed well; delivering production in line with forecast, agreeing the sale of the Ugandan assets and re-shaping the Group's structure and cost base.

“In the second half of 2020 our focus will remain on continuing to deliver safe and reliable production from West Africa, reducing debt and building a cost effective and efficient organisation that can compete in a low oil price environment."

The company will release its half-year results on September 9, 2020.