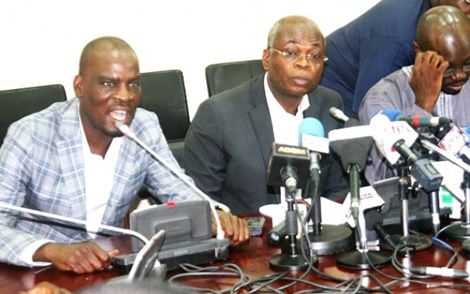 The Minority in Parliament is demanding an audit of payments made to depositors whose funds got locked up in the financial sector crisis.

After the government said 96 percent of depositors funds have been paid, the Minority said there had been “a great breach of the law” and due process must follow the payments.

Speaking to the press in Parliament on August 10, 2020, the Minority Leader, Haruna Iddrisu, said his side in Parliament wanted “greater transparency and accountability from government.”

He noted that the Banks and Specialised Deposits Taking Institutions Act 930 section 130 mandates an inventory report from the receiver “one month of taking possession of a bank or specialised deposit-taking institution.”

Mr. Iddrisu also argued that the Bank of Ghana is supposed to publish the inventory report in two daily newspapers of national circulation and on the website of the Bank.

“We are asking, where is the inventory report on the collapsed banks and on the microfinance and savings institutions? Was it remitted to the Bank of Ghana? If yes, where is it?”

He stressed that it was imperative the government respect the “letter and spirit of the law in question.”

In response to the concerns of the Minority, a Member of the Finance Committee, Anthony Effah says the demand for an audit in the midst of the process is unwarranted

He noted that the Securities and Exchanges Commission says the process for liquidating these companies has to go through the court.

“There is a procedure that has to be followed before these companies are wind up. They are still validating some of the claims and the SEC is on top of this.”

Mr. Effah added that he was confident that the Auditor-General “will definitely audit every sing monies released by the Minister of Finance to any public institutions.”

The Securities and Exchange Commission announced the revocation of licenses of 53 Fund Management Companies.

The estimated cost of the state’s fiscal intervention, excluding interest payments to depositors, from 2017 to 2019 was pegged at GHS16.4 billion.