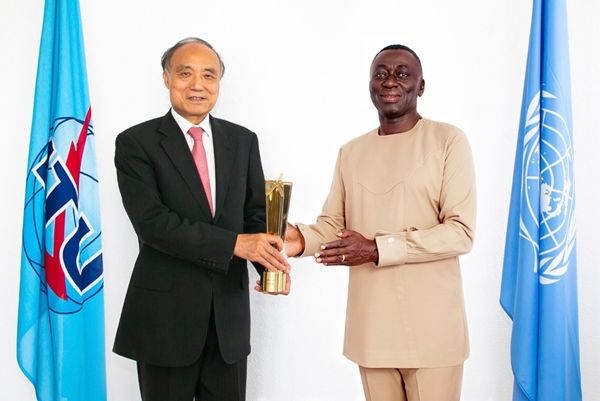 The No Hate Speech Online Campaign under the partnership of Ghana Investment Fund for Electronic Communications (GIFEC) and the United Nations Educational, Scientific, and Cultural Organization (UNESCO) has won the World Summit on the Information Society (WSIS) prize as 2020 champions.

GIFEC and UNESCO in September 2019 joined forces to launch the No Hate Speech Campaign as part of "ICT and Media: Efficient Tools for the Youth tocounter Violent Extremism" which received an overwhelming endorsement from the President of Ghana, His Excellency Nana AddoDankwaAkuffo-Addo.

Hate speeches can be classified as words that are abusive and threatening, which are spoken or written to express prejudice against a particular group or individual, especially based on race, religion, gender, and ethnic origin.

Winning the WSIS prize as 2020 champions is meriting as the campaign had such huge impact on participants. The multi-phased campaignin total trained six hundred (600) young men and women in the Ashanti, Western North and Upper East Regions of Ghana.

The first stage of the training and re-tooling phase of the campaign was on advanced technical enlightenment on social media. The session allowed the development and finalization of media productions of animations, infographics, fact sheets, videos, imaginary and audio-visual modules to be used during the online prevention campaigns.

The final phase included an online no hate speech campaign where intensive education was provided on what hate speeches are and the rights citizens are entitled to under the constitution and how to exercise and enjoy such constitutional provisions.


Beneficiaries of the transformational experiences from the campaigns workshop included teachers, members of religious bodies, students from senior high schools and tertiary institutions, entrepreneurs, and people from the informal sector who expressed immense gratitude to organizers.

The WSIS Forum is a United Nations (UN) multi-stakeholder platform facilitating the implementation of the sustainable development goals (SDGs) and serves as a principal platform where pertinent topics hinged on technology, communications, trends, evolution, and challenges of the digital age are discussed.

The 2020 edition of the World Summit on the Information Society (WSIS) Forum where winners were presented with their well-deserved awards took place from the 31st of August - 4 September 2020 in Geneva, Switzerland. This is the largest annual gathering of the information and communications technology (ICT) community in the world.

While we congratulate GIFEC and UNESCO on this big win and international recognition, we are sharply reminded that the campaigning does not end with an award but rather a clarion call on us to all get involved and do more in the pursuit of bringing hate speeches to an end. 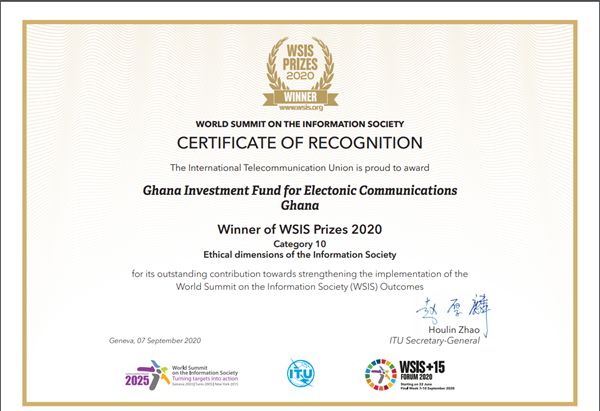