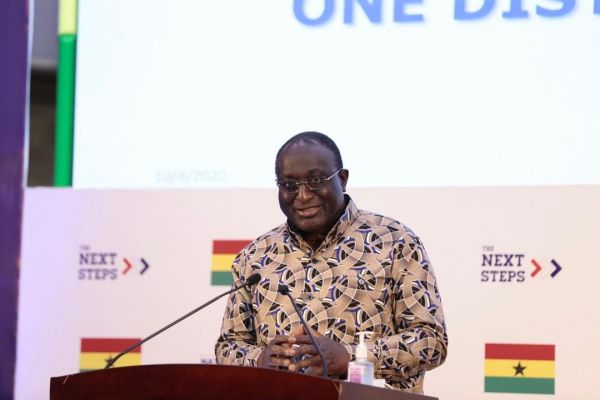 The government says it will take decisive action against importers that dump substandard products in the country to create unfair competition for local manufacturers.

According to the Minister of Trade and Industry, Alan Kyerematen, the move was intended to protect local industries from unfair practices which have the potential to cripple local industries.

“There is the incidence of unfair trade practices in manufacturing that constitute dumping. And this is being perpetuated by importers and it is creating unfair competition for our industries.

The minister was speaking yesterday when he toured Mass Industries Limited located at Kpone-Katamanso in the Greater Accra Region.

The company, which produces different flavours of biscuits, is one of several existing businesses to have registered under government’s One District-One Factory (1D1F) programme.

He noted that the government established the Ghana International Trade Commission (GITC) to resolve issues bordering on unfair trade practices adding that the Commission was currently investigating some cases of dumping.

Mr Kyerematen reiterated government’s commitment to provide incentives to local industries to enable them compete favourably both in the Ghanaian and international markets.

On his part, Adel Shami, General Manager of Mass Industries, said, the company registered under the 1D1F to seek incentives to enable it expand and increase it export capacity.

As part of the expansion process, he said, the company in 2017 introduced a new wafer line which has a capacity to produce 1,800 tons of biscuits per annum.

He said although the COVID-19 pandemic, negatively affected it operations, US$20 million has so far been invested into operating the factory.

When fully operational, he said Mass Industries employs more than 500 workers and provide 1,500 indirect jobs, adding that the company was considering diversifying into agro-processing to create more jobs.