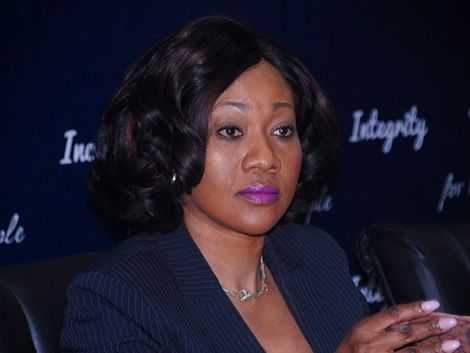 Years into the Fourth Republic and the conduct of seven presidential and parliamentary elections, as well as countless political party, district and local level polls, many Ghanaians still view the Electoral Commission (EC) with some level of suspicion.

The misgivings expressed by a section of the public stem from the pronouncements of political actors about the work of the commission that suggest that the EC can change election results at its whim and caprices, despite innumerable assurances from the commission to the contrary.

Ever since the 1992 Constitution came into operation, there has not been a single general election where one party or another has not accused others of rigging the polls.

In realisation of this and the need to assure Ghanaians and other stakeholders of the EC’s impartiality in electoral conduct, the commission, a few months ago, took an initiative to engage its key stakeholders as part of efforts to bring its work closer to citizens.

The initiative was apt, especially coming on the heels of the challenges the commission has faced recently under its current leadership, particularly with the violence that characterised the Ayawaso West Wuogon by-election.

So far, the EC leadership has visited the Graphic Communications Group Limited and other media houses and held stakeholder consultations with former Presidents of the land to hear first-hand concerns and issues regarding the commission’s operations.

With what the Daily Graphic has seen thus far, it is evident that the consultations are going on well as the commission uses the opportunity to inform the populace about its current activities and outlook for the future.

One thing that is striking in their visits to former Presidents is the expression of confidence in the ability of the EC to conduct free, fair and credible elections.

From former Presidents John Jerry Rawlings to John Agyekum Kufuor and John Dramani Mahama, the refrain has been the track record of the Chairperson of the EC, Mrs Jean Mensa.

There is unison of voice that the chairperson of the commission is capable of successfully superintending over the country’s electoral activities, with all of them citing her successful steering of affairs at the Institute of Economic Affairs where she was the executive director.

If for nothing at all, we think the testimony of these three eminent Ghanaian former leaders should give Ghanaians the assurance that the EC will see to the interest of all parties and we must accord the officials the support and respect that they deserve in carrying out their mandate.

It is common these days to hear people, especially political leaders taking entrenched positions and heavily criticising the EC leadership, which feed into people’s perception about partiality of the commission. We therefore call on all shades of groupings, especially political parties, to be decorous in their criticism of the work of the EC so that their action does not give their followers the wrong impression about the commission.

This does not mean that the EC and its leadership should not be criticised in the course of carrying out their mandate; we only urge that such criticisms must be constructive and devoid of insults and personal attacks.

The Daily Graphic also implores the EC to take constructive criticisms in good faith and use them to improve on their operations for the benefit of the country’s democracy. After all, the sages say the one who beats the path does not know that the back is crooked.

It is our expectation that at the end of these consultations, the commission would not have only opened its doors and operations to Ghanaians, but would also have gained tremendous insights and experiences of stakeholders to help them perform to their best.