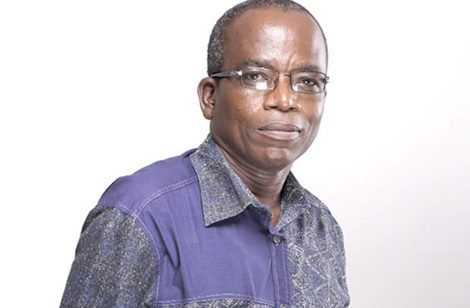 The media siege bunkum has gone on for as long as the National Democratic Congress (NDC) pitched its camp in the opposition trench.

Yaw Ayeboafo, Chairman of the National Media Commission (NMC), treated the subject well during his speech as part of the Ghana Journalists Association (GJA) at its 70th lecture series when he dismissed the notion of a prevailing media siege in the country.

For someone who lived through those terrible days when media practice in the real sense of the expression meant holding oneself in readiness for any eventuality and eventually witnessing the drawing of the curtain over the heady days, he could not have done otherwise to the subject.

Unfortunately, however, the GJA is hesitant in playing the chorus of a newfound media freedom in the country but amplifying rather the questionable narrative of persons who claim to have been tortured because of their reports. When eventually such stories evaporate because they are unable to stand integrity test, nobody even comes out to represent the position of the association.

The ‘media under siege’ refrain as integral part of the NDC project is specifically aimed at giving President Akufo-Addo’s government a bad name and hanging it in the court of public opinion.

There is neither an instance of a government directed attack at the media nor a policy at muzzling journalists; no, not at all.

Whatever stressful moments were endured by the media under the current dispensation are criminal actions perpetrated by rogues who are not part of state actors who were instructed to go and undertake the diabolical operations.

It is instructive to note that such actions which came to the notice of law enforcement officers have been regarded as criminal acts for which the culprits have either been put before courts or being hunted.

With a plethora of social media channels, how can the media be under siege in today’s Ghana? That nothing negative can happen to a journalist without same appearing on the public space within an hour of it happening suggests how it is impossible to put the media under siege in Ghana.

Those who give impetus to this optic do so to achieve a certain political objective when deep in their hearts they know their acts are nothing but mischief and exploiting the situation of the gullible.

No longer are headlines for state newspapers determined at the seat of government or stories written at the same venue and bylines of reporters simply embossed on them.

Shit-bombing has today become one of the smelly footnotes in our media history. The junta which mutated over time into a political party is busy with this mendacious narrative the reason for which is not far-fetched.

The siege of the media is a choreographed narrative which would continue to be a cornerstone of the NDC campaign in the run-up to next elections.

A comparative analysis of what the media suffered until it went silent — a hiatus referred to as a culture of silence and today’s landscape — put the subject in a better perspective.