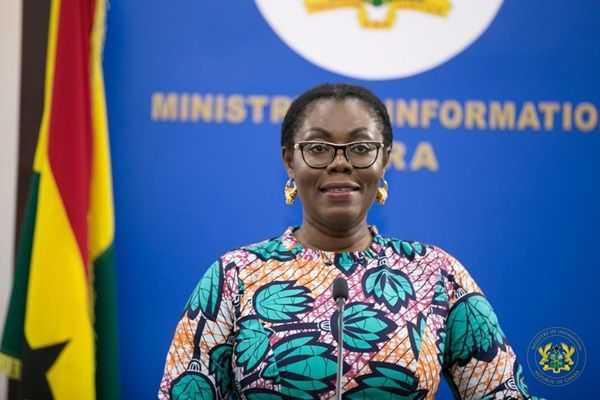 Governments across the world were requested by the International Telecommunications Union (ITU) to migrate from analogue broadcasting to digital by June 2015.

In April 2012, when the Government of Ghana signed a deal with StarTimes DTV Ghana Company Limited to supply and install the Digital Terrestrial Television (DTT) network platform for this country, the journey towards digital migration started.

Subsequent events which led to the abrogation of the contract and the getting of new company can be discussed later, as this piece is advocating for intensive education on the DDT migration.

That notwithstanding, the Minister for Communications, Mrs. Ursula Owusu-Ekuful, has met stakeholders on the government’s plans, regarding the DDT MIGRATION PROJEC, The Chronicle reported yesterday.

According to the report, the purpose of the meeting was to update stakeholders on the current status of the project and solicit their inputs, stressing that the government would ensure the active participation of all stakeholders in the digital migration process.

The Minister reported that the process to switch from analogue to digital terrestrial technology was nearing completion, that and the Digital Switch Over (DSO) was set to begin from the middle of this year.

Mrs. Owusu-Ekuful noted that the Central Digital Transmission Company (CDTC) would facilitate the smooth interaction between broadcasters and the platform operator, stressing that the mandate of the CDTC would be to manage and operate the infrastructure, which would offer transmission services to broadcasters (i.e. channels) to be transmitted.

The Chronicle commends the government, through the Communications Ministry, for engaging stakeholders on the project.

However, we want to bring to the attention of the Ministry that not all Ghanaians understand this whole project as a result, we believe intensive education on the project throughout the nation would inure to the smooth migration anticipated.

It is an open secret that the country is still battling with illiteracy, meaning there are so many people in hinterlands, especially those who would find it difficult understanding what the migration is about.

If we sit in Accra only to engage educated stakeholders on the move and assume the job has been done, we should not lose sight of the fact that in the villages, the people would need to be educated on the move.

It is against this background that, we, at The Chronicle, call on the promoters to put in more effort in bringing every targeted public up to speed on the migration, so we do not leave the ordinary Ghanaian, for whom the initiative was introduced, to be confused on what the DTT is even about.

We may not be entirely wrong to even suggest that there are a lot of educated people who may not have heard anything about this projected for the past eight years since the contract was signed.

We believe that if the Communications Ministry collaborates with the National Commission for Civic Education to educate Ghanaians on the need for this project, it would be in the positive interest of the Ministry.

The world is transforming on the back of technology with the speed of light, which places an onerous task on authorities of countries around the world to quadruple their steps to catch up. However, the greatest hindrance could be when citizens do not move in tandem with the government, largely because they do not understand the concept