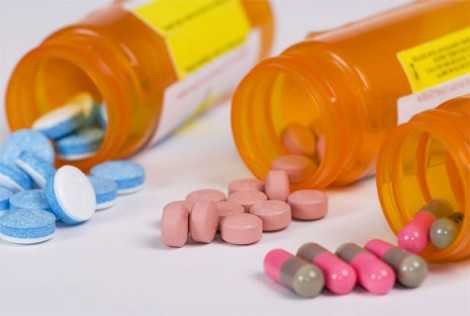 Drug abuse and addiction have put the health of victims in danger. It has caused financial, emotional, social and other serious problems in society. Many violent crimes and deviant behaviour in society are known to have been caused by especially the abuse of hard drugs.

This menace has reduced otherwise successful men to paupers and very respected and responsible personalities into nonentities. A great talented American music icon, Elvis Presley, whose image at one time was used by the US Postal Service in 1993, was destroyed by hard drug addiction.

Kiki Djan, a rich Ghanaian musician and exceptional keyboardist of Osibisa fame, who by age 18 in 1975 was worth more than a million dollars, was also destroyed by drugs. Many other examples of people whose lives have been cut short or ruined by drugs abound.

Despite these, statistics on drug abuse and addiction around the world are startling. Globally, it is estimated that smoking, alcohol and illicit drug use kills 11.8 million people each year.

This is more than the number of deaths from all cancers. More than half of those who die from alcohol or drug overdoses are below 50 years.


The National Survey on Drug Use and Health of the United States of America recorded 19.7 million American adults from 12 and above who were battling against substance use disorder in 2017.

A survey by the Ghana Health Service in conjunction with the World Health Organisation found that 23 per cent of Ghanaian school pupils had tasted drugs at least once and the Narcotics Control Board says there are over 70,000 illicit substance abusers in Ghana between the age of 15 and 50. Just recently, Ghana was cited as one of the highest consuming countries of tramadol as a recreational drug.


It means as a country we must do something about this monster fast and immediately,or else we put our youth and the country in a very gloomy state.

It is why the Daily Graphic adds its voice to the caution by Professor Lade Wosornu to the youth to stay away from drugs and the admonishing by Professor Agyeman Badu Akosa for Ghanaians to take good care of their health by checking their lifestyle. Professor Wosornu was speaking on the third day of the J.B. Danquah Memorial Lectures in Accra last Wednesday (refer to story on page 40 of yesterday’s edition), while Professor Akosa made the call at the 10th National Development Forum also in Accra last Wednesday (read story on page 13 of today’s edition).

Ghanaians, and our youth in particular, must know that the brain is programmed to make human beings want to repeat experiences that make them feel good, which gives them motivation to do them repeatedly. This is what brings about addiction, at which point it becomes difficult or near impossible for one to put a stop to the habit. They must therefore not start to experiment drug use at all as it can cause the bright future ahead of them.


In this wise, we ask our educational authorities to strengthen programmes such as counselling services that take our children off this habit, while urging the metropolitan, municipal and district assemblies to establish recreational centres where our youth can socialise and be kept busy.

Also, all citizens must see it as a responsibility to support initiatives by the government aimed at creating jobs to engage our youth, since the devil finds work for the idle hands.

For our part, we will continue to use our space to drum home the danger drug abuse and addiction poses to the country and it is our prayer that the media in general will take up this fight for a secure society for all.