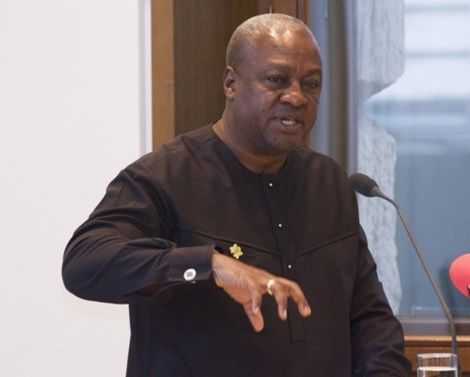 President John Mahama has crossed the decency red line. Jumping into the coronavirus debacle with a subtle vengeance mixed with glee does not cast a former President in good light.

It is like the former President has been longing for an opportunity to say ‘Eureka’ when the coronavirus visits the world.

He has crossed many red lines from his presence at the helm to his chequered days in the trenches of NDC opposition politics shortcomings, which have robbed him of the deference reserved for former presidents.

His ‘Facebook’ conversation on the coronavirus yesterday was intended to be veneered with a high dose of subtlety so that at the end his inappropriate preference would not be visible. It was, however, discernible even by those who are hard at reading between the lines that the coronavirus has brought with it a rare opportunity to reverse his downward spiraling political fortunes.

His ‘Facebook’ post was intended to deny President Akufo-Addo and his team credit for the responses so far, such swiftness at updating the citizenry, awareness creation and actions at the points of entries, and rather prominently demand a plan of action against the economic impact of the pandemic.

Of course, he knows how much such an impact would be on an economy his bad governance shred to pieces until the President came on the scene with his ‘whizkid’, Dr. Mahamudu Bawumia.

Were answers easy to give when demanded, the former President should have told us something about his involvement or otherwise in the Airbus scandal. Put alternatively, who is Government Official I? Ghanaians, we can bet the former President, would be more excited about such a response than what government has up its sleeves to address the challenges that could originate from COVID-19.

Haven’t we heard enough of arrangements made to contain the pandemic that the former President’s question is nothing but a campaign trail prank?

Sometimes, a politician, who by his actions has been reduced to a subject of derision, struggles to restore his relevance. It is a complex project and could be costly when it is not handled properly as evidenced from the negative effects of the former President’s attempts to punch holes in the management of the coronavirus so far even while pretending to be ready to help.

Supporting government to manage the economic impact of the pandemic? We do not think there is sincerity in the former President’s word. We can smell mischief.

Besides, with a track record of bad governance, with the Airbus scandal still begging for his response, the former President and his team should be the last place to turn to for advice on how to manage an unprecedented contagion of global dimension.