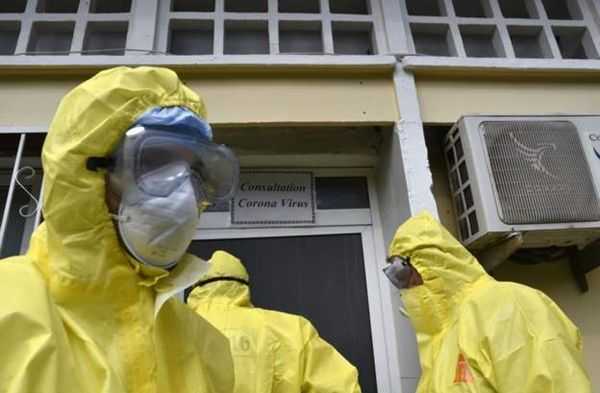 A few weeks ago, a Covid-19 patient in New Jersey, USA, claimed to have been cured after taking a medication produced by Dr. Sheikh Amin Bonsu. She added that her roommate who also manifested the symptoms took the medication and like her tested negative after an earlier positive result.

The feat expectedly received wide publicity, and given the continuing search for a therapeutic treatment for the novel virus, we think this could be a game changer.

He had said that another Ghanaian lady in London also got cured through a similar product from his pharmaceutical production.

The position of most Ghanaians who read the story and heard the interview with the owner of the famous Amen Herbal Scientific Centre with branches in some parts of the country was that we hardly recognize alternative medical practice even when evidence abounds about the efficacy of medicines from this line as in the case of the cured persons earlier alluded to in the commentary.

With the addresses and lab results of the recovered patients available, it is surprising that Dr. Amin Bonsu has not been invited for discussions about his products.

We wish that the medical authorities, especially the Pharmacology Department of the Kwame Nkrumah University of Science and Technology whose testimony he has for one of his drugs, would subject the medication to further scrutiny, especially against the strong claim by the New Jersey-based Ghanaian lady.

Even as the world is in a frantic search for a cure for the disease, which is responsible for a global nightmare, every claim is worth evaluating.

Throughout history, mankind has unearthed solutions during crisis such as the one confronting the world today.

The confidence Dr. Amin Bonsu, a respectable personality in the comity of alternative medical practitioners in the country, is exuding speaks volumes about what could possibly come our way as a country.

As the search continues, we should not lose sight of such persons and their alternative medical practice across the country. Dismissing him as some of us have already done is not an acceptable option without evaluating his medication.

With his medical products bearing the certificate of approval of the regulatory authorities, we think it would be worthwhile if they engaged with him, with a view to ascertaining the authenticity of his therapeutics.

We do not by any means seek to turn the attention of Ghanaians away from mainstream medical facilities but only asking that the authorities engage with those who claim to have cure for Covid-19 because of the unusual times in which we are.

Merely writing off non-hospital players in the search for cure for the disease would not serve our cause.

Perhaps such engagements would bring for us and the world at large a cure which would elevate the stature of Ghana beyond its current notch.