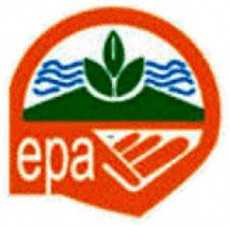 Today is World Environment Day (WED). The United Nations General Assembly, on December 15, 1972, designated June 5, every year as WED to highlight the fact that the protection and health of the environment is a major issue which affects the well-being of people and economic development throughout the world.

It adopted a resolution (A/RES/2994 (XXVII), which urged “governments and the organisations in the United Nations system to undertake, on that day every year, worldwide activities reaffirming their concern for the preservation and enhancement of the environment, with a view to deepening environmental awareness”.

The commemoration of this day, which began in 1974, provides us with an opportunity to broaden the basis for enlightened opinion and responsible conduct by individuals, enterprises and communities in preserving and enhancing the environment.

This year, the global commemoration of WED will be hosted by Colombia, in partnership with Germany, on a theme centred on biodiversity.

Interestingly, the International Day of Biodiversity was marked recently on March 22.

Ghana today joins about 143 countries to mark WED, which is popularly being called “People’s Day” for people to show their care and support for the earth and the environment. (See story on Pages 16 and 17).

But this is where the Daily Graphic sees an irony, as globally, and even locally, many people, for selfish gains, destroy the environment and natural habitats with careless abandon.

While WED seeks to throw light on environmental issues, ranging from marine pollution to human overgrowth, and raise awareness of global warming, sustainable consumption, wildlife crime, among others, we believe that these issues must be the concern of every human being on a daily basis.

State security and governmental agencies are always grappling with over-exploitation of the nation’s natural resources, such as timber, while even enforcing closed seasons for our wildlife and fisheries has been problematic over the years.

These interventions are, however, very necessary if we are to stay alive — the axiom: “When the last tree dies, the last man dies” is very true, indeed, because trees use the carbon dioxide that we exhale and give us the oxygen which we breathe in to stay alive.

Government agencies, such as the Environmental Protection Agency, which have the mandate to prevent the destruction of our environment have had clashes with some individuals and groups in their line of work because some believe that they must survive by destroying the environment.

The food we eat, the air we breathe, the water we drink, the climate that makes our planet habitable and even the money we make all come from nature, which must be protected at all cost.

The Daily Graphic urges all who directly depend on the earth for sustenance, such as farmers, miners, those in the timber, tourism, pharmaceutical, food and beverage industries, among others, to jealously guard and protect the earth which puts food on the table for them.

It is no coincidence that biodiversity, which refers to flora and fauna, has been chosen as the theme for this year’s WED.

As the world struggles to find a cure for the COVID-19 pandemic, it is most certain that a cure will come from nature — plants (some are endemic in only a few countries) which are the major source of the world’s medicines.

Since it is also the rainy season, we must not create breeding grounds for mosquitoes by improperly disposing of empty containers, while we must also ensure that we have clean air to breathe by preventing air pollution.

To care for ourselves, we must care for nature and the environment every day.