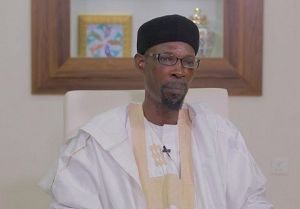 The sourcing of thugs by bad politicians from the Zongos for their negative enterprise is a household knowledge.

As a subject, it has for a long time bothered many who regard decency a cornerstone of every civilized society.

For elites and clergies from the Islamic faith who know the stance of the scriptures about violence, the subject has not eluded their attention as they try to redirect the energies of the youth to productive ventures. Unfortunately, the more the subject comes up, the more we see bad politicians persisting in their bad ways because there are many idle youth ready to listen to them.

There have been countless admonitions to the youth to shun such unworthy politicians whose pittances should not lure them into accepting to engage in unproductive and bloody missions.

It is sad that when names of persons behind such acts of violence on behalf of politicians are mentioned upon their arrest two features pop up – their faith and the segment of the population they hail from. It is an unfortunate profiling, but when politicians are reckless in their ways such fallouts are near impossible to avoid.

The Spokesperson for the National Chief Imam, Sheikh Arimiyao Shaibu, could not have put the sad story better than he did when he literally charged on such politicians who regard Zongos as quarries for violence. Berating these politicians whose children are cocooned in the four walls of good schools, he appeared to have screamed out “back off our youth; they were made for better things!”

During a programme organized by the Light Foundation NGO for the media on the forthcoming polls, the spokesman was blunt in his reprehension of persons who encourage such acts of lawlessness.

We recall sadly the event at the NDC headquarters a few years ago when a party activist was murdered by his rival, with both doing the bidding of two kingpins of the political grouping opposed to each other.

For how long are we going to entertain this nonsense in our body politic? There must be closure to the aberration and the time is now.

When members of society decide unequivocally to stamp out the social anomaly, we are convinced that the necessary closure we long for shall be brought to bear upon it.

Those lacing their boots to sell their obnoxious services to bad politicians should rethink the project because society opposes it and ready more than ever before to stamp it out of this country.

Those who hire such youths should be named and shamed.

We stand shoulder to shoulder with Sheikh Arimiyao Shaibu in his charge on bad politicians to ‘back off from Zongos.’