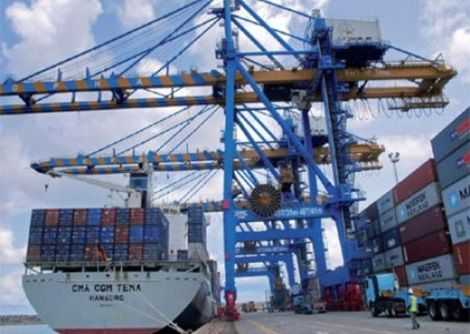 We have keenly investigated about the current happenings between customs and the Trade Community with respect to the introduction of of the Cargo Tracking Note(CTN).

The CTN basically is system that has been established by Ghana Customs with a sole objective of electronically monitoring goods while on transit, and control the goods along the corridor route to th destination.

The Cargo Tracking Note (CTN) system is being introduced by the government through customs to track all imports to Ghana to reduce revenue losses associated with under declaration of goods at the port and this will allow customs to identify items bought from the originated country with the value that has to be charged on it.

Hence, it baffles our mind that some people would insist that such a great policy should not seen the light just because of their on parochial interests.

We have realised that most people in Ghana engages in cargo dumping just to evade taxes. Cargo Dumping means where goods destined for Ghana are illegally diverted into the Nigerian market for it to later shipped to Ghana to enjoy the ECOWAS treaty to evade tax. This activity has led to huge losses in tax earnings to the country. The CTN technology has also improved operations at the ports of most African countries.

According to Freight Watch International, the East African countries are on the list of spots in Africa where businesses and supply managers have reported cargo theft as one of the main challenges facing their operations.

This is being spearheaded by the state-owned tax collection agencies and the improved custom duty collection has not only enabled a reduction of import tax in some instances, but has also made it possible for governments to reduce tax on cargo.

Basically, the introduction of the CTN is bringing a lot of benefits to the Trade Community such as:

1. It will make a provision of a one stop comprehensive and broader view of the logistics chain to customs, the Port Authority and other structures of control which will eliminate duplication and enhance reporting requirements.

3. The CTN will combat commercial fraud in trade documentation.

4. It will also detect disagreements in the Bill of Lading numbers, ports of loading, description of goods.

The above are some few of the benefits of the CTN which wouldn't lure to the benefit of the commissioner of port neither the workers of customs but benefits that would befall on all Ghanaians including the Trading community and hence we must embrace it with joy instead of allowing ourselves to be misinformed by certain people just to gain political points.

Again, customs is not in a hurry to impose the CTN on the importers whatsoever as people want us to believe a lot of consultations are still going on that is why the proper implementation of the CTN has been rescheduled to October 2018 instead of September 2018.

We must not allow ourselves as people to be deceived by some people who are hungry to score political points with this policy to confuse us with the CTN and the CET. They are absolutely different things. The CTN would rather bring a relief to us as importers and again, the Commissioner of Ports, Mr. Isaac Crentsil has announced that:

1. There will be no fee or charges applicable to importers or shippers in Ghana or elsewhere associated with the implementation of the CTN now or in the future.

2. Any fees charges to any importer so far in association with the implementation of the CTN will be reimbursed by the Ghana revenue authority.

3. The Ghana revenue authority will inform all shippers abroad today that the “No CTN no load “ policy is rescheduled until October 15, 2018 as earlier indicated.