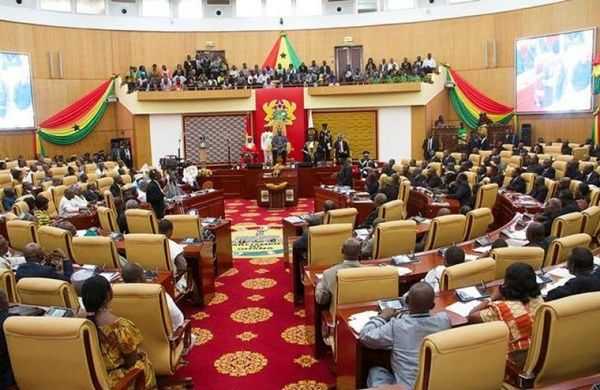 All these years, I have struggled to grasp the rationale, why the 1992 constitution in article (78), clause (1) enjoins government to select more than 50% of ministers from among members of parliament.

I keep wondering if it was a reason of cost, lack of expertise outside the chamber, since clause (1) was emphatic on who is eligible apart from members of parliament. I also cannot tell if it was just for the sake of political expediency.

If then, this constitutional provision was made, upon the consideration that the nation cannot afford to pay somebody for being a member of parliament and again pay another for being a minister of state, then, such a rationale has lost its relevance and essence because we can afford it today.

I hold this belief as we have had instances where members of parliament who doubles as ministers have recieved double salaries as members of parliament and ministers of state. That said, I do not see why we should not reconsider that provision in the constitution to separate parliament from the executive and to give real meaning to the principle of seperation of powers, which gives great impetus to modern day democratic governance.

We should bear in mind that democracy is unlike traditional political governance where all powers are consolidated for just an individual (the chief). Also, it is not for nothing that in democracy, there is separation of powers, checks and balances. Obviously, It is to check excesses and abuse on the part of those that control political power- we cannot consign these implied objectives to the wastebin.

Again, the rationale to appoint more than 50% of ministers from parliament will not be a worthy one if the decision was as a result of the fact that, more of the required expertise one is expected to possess, to qualify one to become a minister of state is only found within the parliamentary chamber and not outside the chamber.

Reader, I know you agree with me on this point; because there are a lot of people who are outside of parliament but can serve effectively and efficiently as ministers of state than what we are seeing currently, if the political system in Ghana were inclusive. More so, there are most people who qualify to become members of parliament but have not had the opportunity to do so. It is clear. I think that the provision in article (78) clause (1) in the constitution is misplaced. Otherwise, we should be made to understand why it is so.

I hold this view because, now, unlike the past, Ghana can boast of a wider and diverse range of human resource expertise that she can tap knowledge for her development.

Because parliament and the executive are fused together, parliament is unable to check and balance the executive. Certain crucial scrutiny by parliament on the executive is normally ignored just to forster political expediency. For how long will we continue to compromise on standards for expediencies? Is that what we really need to propel our democracy and development forward?

It will be completely unacceptable if the rationale to select more than 50% of ministers from parliament is to serve the interest of political expediency. In fact, I can hardly fathom why we should consider it to be so. We seem not to really appreciate the ideals of division of labor and specialization concepts.

Actually, the oversight, deliberative and representation responsibilities of parliament will be effectively served when parliament acts just as parliament and leaves that of the executive for the executive. Let's therefore consider to revise article (78) clause (1) in the constitution to avert a situation where an arm of government usurps the role and the powers of the other.

There have been so many occasions where parliament has been accused of engaging in rubber-stamp. Typical amongst them is when issues about salaries, emoluments and gratuities of article (71) office holders are being negotiated. Is it like this in Ghana because we have not really had to test our democratic credentials? Especially when the executive has the minority in parliament? I hope we get to that trajectory one day.

Things are the way they are, because in Ghana, parliament is part of the executive. Even when it comes to budgeting and spending, roles of parliament which are to ensure accountability and financial control, are nothing to write home about, simply for the fact that the executive budgets and spends together with the legislature. It is so as most ministers are appointed from parliament.

Meanwhile, the principle of separation of powers insists that no one arm of government accumulates too much power - the very essence why they should be put apart. Whereas the principle of checks and balances are to ensure that all other arms of government operate within the remit and ambit of their respective and allocated jurisdiction to avoid abuse.

The principal objectives are to ensure that issues of public policy and welfare would be given comprehensive consideration before any action is taken. But for the sake of partisanship and individual interests, in Ghana, the tenets of these two great democratic principles have been brushed off. It is an undisputable fact that, in Ghana, powers of the executive is beyond measure. The executive acts and cleverly go about it to look like it is conforming to the law without proper scrutiny from any quarters.