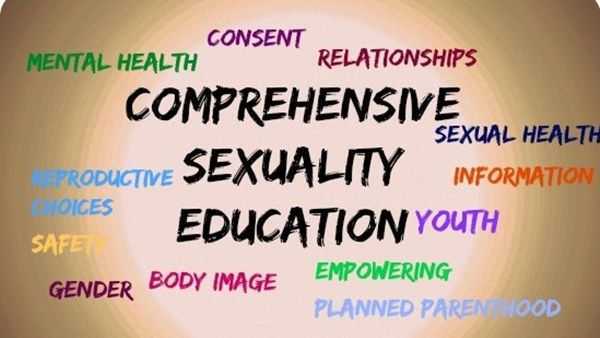 Sexuality is about your sexual feelings, thoughts, attractions and behaviors towards other people. One can find other people physically, sexually or emotionally attractive, and all these are a part of one's sexuality.

In Ghana, because we are mythical about such issues, I am not sure we can churn out social statistics as these. Meanwhile, they exist and are living in our midst.

I have listened with keen interest on the raging controversies arising out of the information that the newly touted educational curriculum which was announced by the educational ministry and the Ghana Education Service (GES) was going to include a comprehensive sexuality education. The misconception is that, government is working subtly to legalize LGBTs in Ghana.

My take on this is that, it is better and in order to orient and prepare the future generation of Ghanaians on the phenomenon of lgbts than to shy away from it. Whether we like it or not, these are realities with us; the earlier we face it head-on, the better it will be for us. I think that we should be proactive in dealing with it than reactive. Ghana is growing each day and each moment, that we should not expect things to remain as it is forever.

As a country, we acted same way with the issues about cannabis (wee).

However, one cannot deny that currently, most Ghanaians are using the substance more than ever. Nevertheless, just recently, I heard the veteran journalist and the editor-in-chief of the Insight Newspaper, Kwesi Pratt posited on Kokrokoo on Peace FM that Ghana will be importing cannabis (wee) in 20years time if measures are not taken to legalize this very important plant so that we can grow it ourselves and use it ourselves in a regulated manner. I ask, For how long are we going to keep deceiving ourselves?

I have learnt that certain sexualities are disoders. They are not devilish and satanic as the claim has being. Growing up, I have know a woman in my hometown (Ayanfuri) who was a hermaphrodite. These disorders are with them from birth just as we are born with our supposed normal sexuality. We must not attempt to segregate them amongst ourselves. We must appreciate them instead, just as one of us and remember that we are made-up of different DNAs.

I have heard the religious fraternity making a lot of noise about the move whiles some political actors are putting up witty attempts to cash-in on that. I heard lawyer Edudzi Tamakloe complaining on OKAY FM's 'Ade Akye Abia' program that it is a subtle attempt by government to legalize LGBTs in Ghana by introducing its education into the educational system.

Now, which one do we prefer? That the children should perish in ignorance or learn and form their own perception about the subject matter on the internet? Or be guided through education. We should not forget that there are countless number of materials on LGBTs on the internet that are easily accessible. .

To the religious fraternity, I believe that we shouldn't have qualms about this since God knows his own (Jn 10:22-30), just as his own knows him. Likewise, Satan or the devil knows his own, his own knows him as well. I will rather urge the religious groupings to intensify efforts in the propagation of their belief and value systems instead of this rebellious stance against secular directives.

We should remember that the word of God says that it is the devil or Satan that rules the world (Jn 12:13). Jesus also said that his own are not of this world (Jn 17:16); so, in this regard Christians or whatever religious denomination must endeavor to enforce their belief and value systems.

Sexuality education will not cause anyone to sway to the domains of other sexualities. It will rather help to concientize them to appreciate their selves amongst themselves. Governments represent all social groupings on earth, just as governments are to ensure and to protect the interest of all social groupings. We must learn to respect this, rather than attempt to impose ourselves on others, hoping and expecting that they live like us.

I can recall, when Jesus was on earth, he said that he did not come to condemn the world (Jn 3:17). This statement from Jesus indicates that during his time, similar issues like these or worst things than these were happening. But he sought to show the world the way (Jn 14:6). He did not seek to fight the world, neither did he seek to block secular decisions. This must be the work of the religious fraternity. That is the course and the path walked by Jesus our master, let's emulate him and not seek an easy way out.

Jesus acknowledged how difficult it is to live in this world because he was once upon a time on this earth. This is why he admonished us to pray for the kingdom of God to come on earth as it is in heaven - he knew it is never easy. Sexuality education will not change the natural or normal sexuality of anybody. It will rather help individuals to appreciate the differences, guard themselves against abuse and as well help each and everyone to take charge of their own lives.

But, we shouldn't forget that at the end of the tunnel, each one of us will account for his or her stewardship on earth to the creator: whether you were for God or for who. The choice must be left for us to make on our own, not forgetting that even God does not coerce anybody to render reverence unto him. He expects that we do it out of our own volition and not by force. We should also not force anything on ourselves when God is not forcing anything on us.

Otherwise, what is trending on social media about the sexuality education is ridiculous and disgusting. How can anybody think that a responsible government will sit down to compose the content like what is trending as curriculum and wish for it to be taught in our schools. We have to be serious for once as a people and not be such gullible to fall victim to such cheapest propaganda.