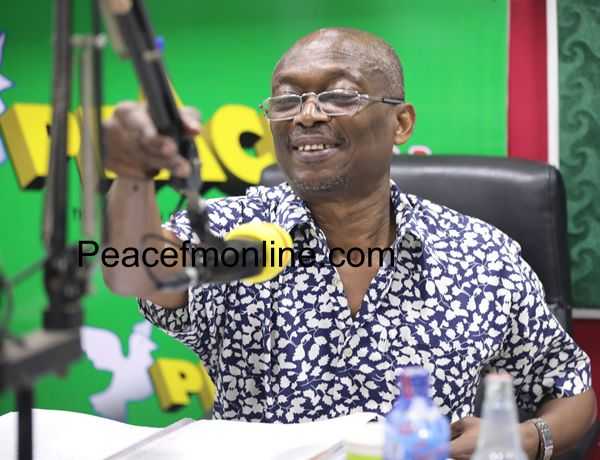 The late reggae superstar Bob Marley once rhymed some lines in one of his famous songs Natural Mystic that “I won’t tell no lie”. Almost within the same context, one can say for sure if the recruiting decision/authority for hiring competent person or people with profound understanding of modern media practices in Ghana is in the hands of this present writer, no doubt “uncle” Kweku Baako Jnr. will be one of the leading candidates to be recruited to teach many uninformed media practitioners to understand the history, political, civil, or investigative journalism to help nurture the country’s fledgling representative democracy.

It is not to say the Editor-in-Chief, Abdul Malik Kweku Baako, is without reproach. Instead, it’s that no reasonable Ghanaian can genuinely contest the glaring fact that the veteran Ghanaian journalist is one of the best and classic, especially in the realm of in-depth and honest news/political analysis on the radio/TV. Certainly, this encouraging but rare trait/quality is the reason some of us keep singling out Uncle Baako and few others for veritable point of references regarding fact-based and partisan-free journalism in Ghana, as of now.

To that end, on Wednesday, October 16, 2019, Uncle Kweku Baako appeared on the Peace FM show alongside one or more followers of the National Democratic Congress (NDC). The Peace FM/TV segment focused on the main opposition party’s allegation that the ruling New Patriotic Party (NPP) government led by President Akufo-Addo is training a bunch of thugs at the military facility at Asutuare. Here, the battle-scarred journalist couldn’t sit on the fence fawningly like many media groups in Ghana timidly do in the face of blatant hypocrisy/misinformation often displayed by Mahama-hijacked NDC in public arena.

Boldly challenging the NDC’s off-target “Asutuare thugs” claim, the vintage Kweku Baako disdainfully but accurately reminded ex-President Mahama-bankrolled opposition party that “the phobia you (NDC) have for history or at least recollection of your negative history amounts to intellectual cowardice, apart from it being dishonesty of the highest order.”  For him, members of the NDC can recollect the negatives of the ruling NPP when a subject of a debate suits them but when it is against them, they (NDC) quickly forget.

Concerning the Mahama-commandeered NDC’s “intellectual cowardice,” all fair-minded Ghanaians shouldn’t be surprised by Mr. Baako’s assertion in that even Dr. Kwesi Botchwey—the economic whiz-kid of the party—was reported to have documented in a post-election study that the current NDC lacks large repertoire of high-level intellectuals with exhaustive knowledge in public policy and analysis. This intellectual paucity phenomenon, to a larger extent, explains why the NDC as the main opposition party parades communication team members whose main trademark encompasses insults, innuendoes, ad hominem, hyperboles, and plain disinformation designed to exploit the forgetful and the gullible citizens among the population.

It is disturbing state of affairs watching and listening to many Ghanaians; suffice it to say a good number of media people, who appear to be not interested, and hence do not want anybody to talk about the gory “skeletons” left behind in the dusty cupboards of ex-President Mahama-led NDC administration. From all indications, Mr. Mahama presided over one of the badly managed governments Ghana has ever witnessed. Nonetheless, within three years span, the NDC 2020 flag bearer and his crew have done “pretty well” persuading millions of Ghanaians to forget and rather believe that one’s poor, past track record or job performance shouldn’t be a significant yardstick for entrusting future responsibility to a person.

Let anyone say whatever he/she wants to say about Uncle Kweku Baako, but one journalistic quality none of us can take away from him is that over the years he has proven to be (un)predictably truthful in terms of putting events in its proper historical perspectives backed by unrefined facts. In his characteristic ways, he lived up to that expectations during the panel discussion with one of the NDC’s “acid-mouth” and insult-filled communication activists a few days ago on Peace FM about alleged militia training said to be “sanctioned” under the watchful eyes of Nana Addo’s NPP regime.

Under normal circumstances, a discourse involving an uninformed debater or a pushover journalist on hot-button issue such as secret vigilante training in a state facility would have resulted in a debate crush/defeat for the person trying to contextualize an unfolding militia story at Asutuare. Because many of us know Mr. Mahama and his rock-steady acolytes have devised sneaky ways of overdramatizing or over-repeating seemingly negative events they used to do more than any political party else, yet they try to make the episodes look as if the worst has never happened under their watch before. In the case of a well-informed media guy in the person of Uncle Kweku, the NDC panel representative on that Peace FM show was made to sound juvenile, incoherent and, of course, seriously
unenlightened as regards simple political history and contemporary Ghanaian politics.

Fact is, Uncle Malik Kweku Baako is not your average NPP member or a sympathizer of the ruling party in any conceivable way. On that Peace FM show on the above-referenced day, he was just being “Kweku Baako” as many of us have grown to know him from afar when we were in secondary school in the late 80s.

Unlike countless media personnel today, Mr. Baako is a true patriot who tends to be open-minded to the diverse sociopolitical issues facing the country. In many ways, he serves as the “moral conscience” of the so-called 4th estate of the realm, in which he also understands the media role to be multifaceted: the fact that the press’ watchdog role centres on the government in power much the same it does for the government-in-waiting/opposition.

Let it be stated clearly that history cannot be taken out of any country or government‘s true story. The Mahama-controlled NDC and its teeming followers can run away from themselves as much as they want but they cannot hide from the truth or from their past history. Even if they’re able to hide the truth temporarily from Ghanaians—including some of the truth-compromised media outlets—as the party is trying hard to do every day, there are still some fair-minded journalists in Ghana like Mr. Baako, who are not afraid to remind their compatriots of the  NDC’s ‘ghosts” of past haunting the leadership’s conscience.

To reinforce what brethren Baako said: let’s recall the “ghosts” of the Chereponi by-election in 2009, where some NPP operatives were shot at unprovoked; or, in Talensi during then President Mahama’s rule in 2015, which also witnessed some NDC members shooting aimlessly at some members of the opposition NPP. Uncle Kweku Baako, you said it truthfully loud: The Mahama-NDC has mortal hatred or “phobia for history or at least recollection of (their) negative history” as if without the past the present or future will be sustainable.

- Bernard Asubonteng is a US-based writer and a Ph.D. candidate for public/foreign policy.